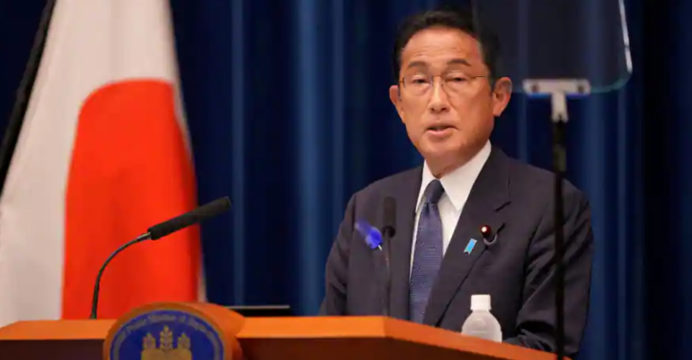 Shigeyuki Goto, a former minister of health in Japan, was named as the new minister of economy on Tuesday by Prime Minister Fumio Kishida after the outgoing official abruptly resigned in the face of criticism for his affiliations with a divisive religious movement.

After receiving repeated requests from opposition parliamentarians to resign, former economy minister Daishiro Yamagiwa submitted his resignation on Monday. He said that by delaying too long to make explicit his connections to the Unification Church, he “created inconvenience to the government.”

The reason Goto was chosen, according to Kishida, was because of his “political experience, outstanding presenting abilities, and desire for economic and social reforms.”

The government is currently faced with the pressing challenge of putting together a new supplementary budget and a stimulus package.

By the end of October, Kishida has promised to put together a stimulus package to fight a sharp rise in living expenses brought on by the yen’s plummet to 32-year lows.

According to Reuters, a governing party spokesman on Monday said the package may cost about 26 trillion yen.

Yamagiwa, the highest-profile political casualty to date of a scandal that has grown in scope since the death of former Prime Minister Shinzo Abe in July, was the first minister in Kishida’s administration to resign.

The murder suspect held a resentment towards the Unification Church, claiming that it caused his mother’s financial ruin, and he accused Abe of supporting it.

After Abe’s passing, widespread connections between the church—which some have compared to a cult—and members of Kishida’s ruling Liberal Democratic Party (LDP) came to light, leading to a sharp decline in his popularity.