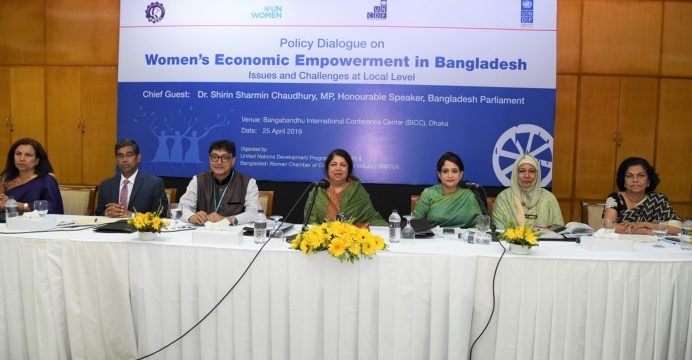 Bangladesh is going to be a middle-income country soon, but gender inequality persists in societies even in policies, which hinders the progress in achieving the Sustainable Development Goals by 2030 according to speakers in a policy dialogue titled “Women’s Economic Empowerment in Bangladesh: Issues and Challenges at local level” held at the Bangabandhu International Conference Center today.

Although women in Bangladesh have made significant strides across major spheres, their participation in economic activities is still very low. Only 36.3% of women participate in Bangladesh’s labour force compared to 81.7% of men (BBS, 2017) and even then the majority of the employed have vulnerable jobs through informal, unpaid, unrecognized or agriculture work.

Only 20% of all female workers receive wages. In terms of male-female wage gap, it is highest in the agriculture sector (17.3%) and lowest in the industrial sector (9.9%). Furthermore, about 92% of employed women work in the informal sector with high gender wage gaps and lack of benefits (CPD, 2018). 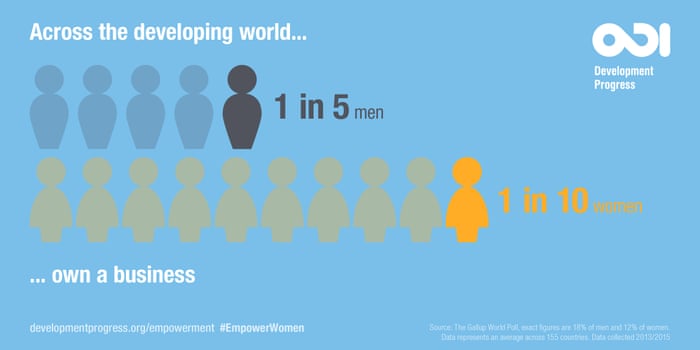 The Constitution of Bangladesh highlights that “Women shall have equal rights with men in all spheres of the State and of public life”. However, in reality, women are still subject to different forms of gender-based violence. Women’s economic empowerment is the only solution to achieve gender equality, poverty eradication, and inclusive economic growth, leading up to SDGs.

Government has taken many steps for ensuring women empowerment including the National Women Development Policy 2011 and other policies, legislations, strategies etc but monitoring of the implementation of the existing policies is found weak in a study called “Progoti”, conducted by UNDP and UN Women in 2016. There is a call for proper planning and coordinated monitoring by all relevant stakeholders.

The policy dialogue was organised jointly by the United Nations Development Programme (UNDP) and Bangladesh Women Chamber of Commerce and Industry (BWCCI) in association with UNCDF and UN Women. This was a part of ‘Inclusive and Equitable Local Development (IELD)’ project a global initiative by UNDP, UNCDF and UN Women to unlock the barriers to women’s economic empowerment.

Speaking as a chief guest, Speaker Dr. Shirin Sharmin Chaudhury said, “Government has already enacted women-friendly laws and policies and keen to continue the effort, in empowering women in the field of politics and economy.”

She further added, “Although women have played an important role in Bangladesh’s economic development, their participation in the formal economic sector is still very poor. Women should not be kept captive within only small-cottage industries and sewing embroidery products.” The speaker called for increasing women’s business literacy with a view of promoting their stake in the economy.

Sudipto Mukerjee, Resident Representative of UNDP Bangladesh, said, “Women’s economic empowerment is not simply about labour force participation: it must also encompass and consider the choice to work, choice of sector, location and working hours.” 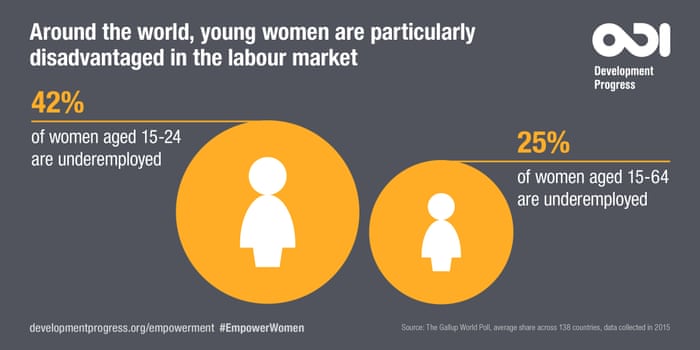 Citing the recent incident of Nusrat, Selima Ahmad MP, President, BWCCI said, “Fighting violence against women should be prioritized in empowering women. When a woman is raped by someone who is supposed to protect her, all our hopes about women’s political and economic empowerment are shattered.”