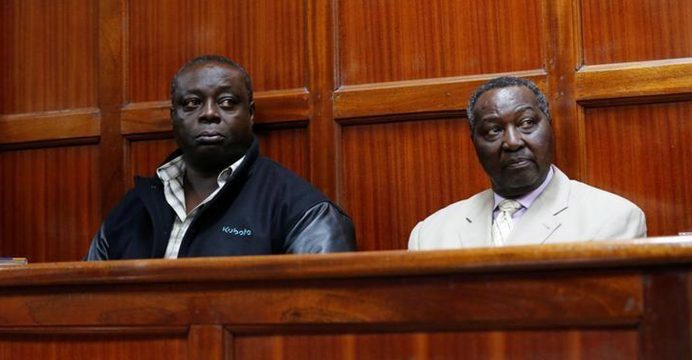 Three former officials of Kenya’s disbanded Olympic committee were charged on Wednesday with theft and fraud offences relating to this year’s Games in Rio de Janeiro.

The east African nation bagged its biggest ever haul of medals in Brazil but doping allegations and organizational problems plagued preparations for the event.

A charge sheet seen by Reuters showed two of the officials – Francis Paul and Pius Ochieng – are accused of failing to declare uniforms donated by sports goods manufacturer Nike between June and July.

A third official, Stephen Arap Soi, was charged with two counts of theft involving more than $252,000 and other related offences.

Part of the money was meant to meet accommodation costs for officials accompanying the Kenyan team in Rio de Janeiro.

All the officials pleaded not guilty during a court session in Nairobi and were released on bail of 200,000 Kenyan shillings each.

The officials were arrested on their return from Rio at the end of August over their roles in the alleged mismanagement of the Kenyan team’s preparations for the Games.

The National Olympic Committee of Kenya (NOCK) was disbanded on Aug. 25 following public pressure and a directive from President Uhuru Kenyatta for the situation to be investigated.