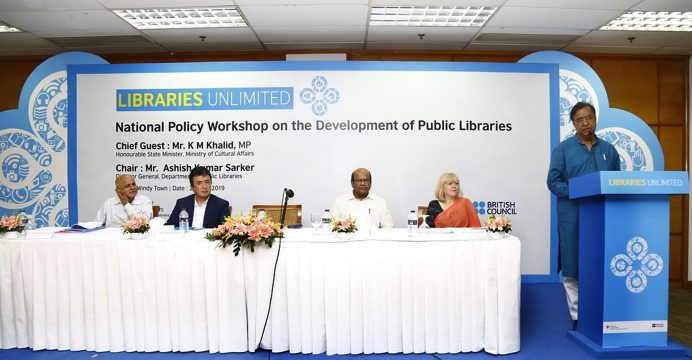 A workshop titled ‘National Policy workshop on the Development of the Public Libraries’ was organized by the British Council’s Libraries Unlimited Programme and the Department of Public Libraries on 28 April 2018, at Bangabandhu International Conference Centre, Dhaka.

The objective of this workshop was to learn comprehensive opinion and recommendation from the relevant stakeholders for the development of a national policy for the public libraries of Bangladesh. 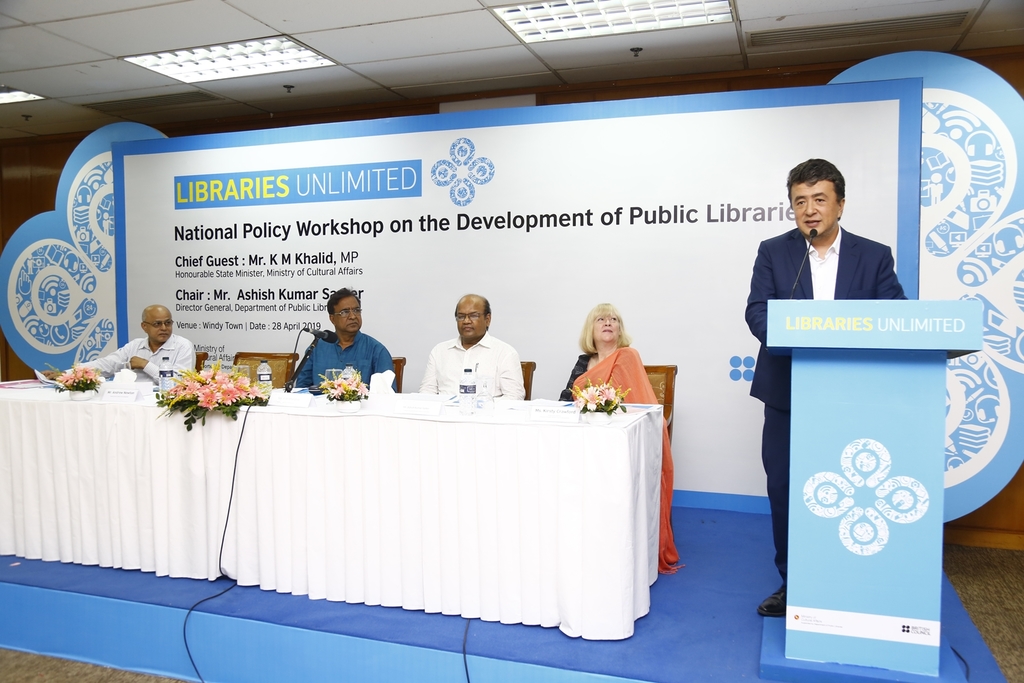 In his speech as the Chief guest, Honourable State Minister Mr K M Khalid MP stated, to accelerate the development of the public library sector and to ensure modern, demand based and effective library services, formulation of a strong and comprehensive public library policy is in utmost need. “You have to follow-up with me for enforcing it, as I am the part of the government” he added.

Mr Andrew Newton stated; the British Council is supporting the Government to develop a national library policy.   He invited the Honourable Minister, Director General of DPL, the other directors of DPL and all the stakeholders taking part in the workshop to take these recommendations forward towards the ultimate objective of developing a national policy for the public libraries of Bangladesh. 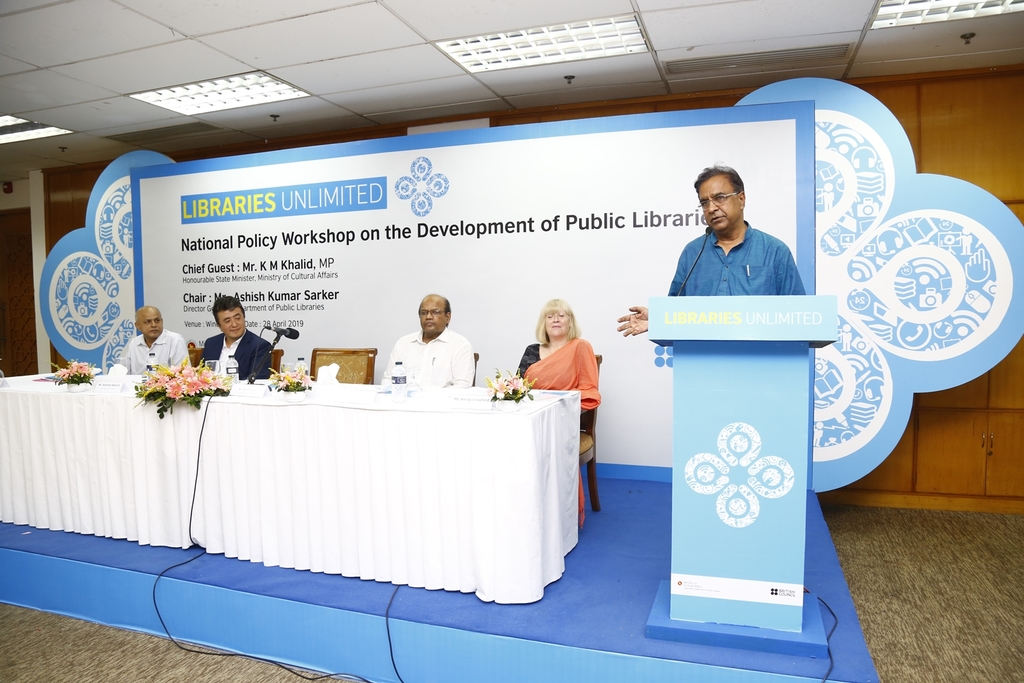 Ms. Kirsty Crawford stated, “The British Council’s Libraries Unlimited Programme has been advocating for the development of a new policy for the library sector since 2017 and we wish to continue this work in order to support a draft National Policy for Public Libraries.” She added, Countries that enact national library policies are more likely to enjoy a robust, well-funded, evenly distributed network of public libraries. Emphasising the development of national public library policy, Ms. Crawford also mentioned, National library strategies, policies and legislations authorizes the existence of libraries, a framework for the delivery of library services, credibility, visibility and responsibility. Now is a good time to develop a new and contemporary policy framework for the public libraries.

In his speech as the Chair, Mr. Ashish Kumar Sarker mentioned, the British Council’s Libraries Unlimited Programme is supporting us through training and capacity building, policy, advocacy, expanding the scope for the uses of ICT in the library sector and developing the system of monitoring, evaluation and information management. We agreed in principle in the meeting of the project coordination committee for conducting research and collecting necessary recommendations towards drafting a policy for the public libraries and this workshop is a part of that decision.

Mr. Sarker requested the Honourable State Minister Mr. K M Khalid MP, Ministry of Cultural Affairs for his support towards developing a new policy for the public libraries of Bangladesh.