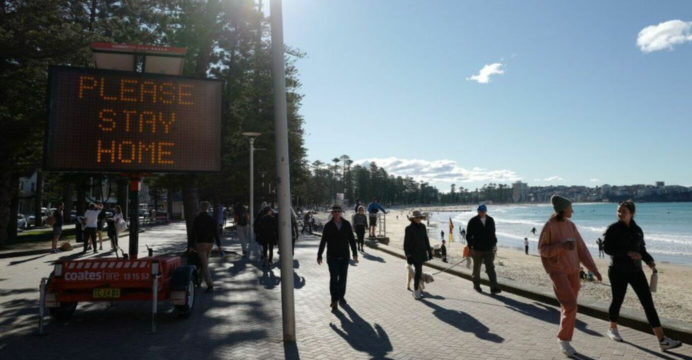 Australia to end mandatory Covid isolation requirements from next month

Australia has said it will end mandatory Covid isolation requirements from October. Currently, anyone who tests positive to the virus must isolate for five days, but that will end from 14 October. At times nicknamed “Fortress Australia”, the country has had some of the strictest restrictions in the world since the pandemic began.

But Prof Kelly said the decision “does not in any way suggest that the pandemic is finished”.

Mandatory isolation had been one of the few restrictions remaining. Australia continues to record about 5,500 virus cases each day, official figures show. It is one of the world’s most vaccinated countries.

Prof Kelly said the country would see “future peaks” of the virus, but it currently had “very low” numbers of hospital admissions and aged-care outbreaks.

The Australian Medical Association opposes the change, saying those who pushed for it are not “scientifically literate” and are risking lives. About 15,000 people have died from the virus in Australia – fewer than many nations. The vast majority happened this year after the country opened up.

Australia had closed international borders for around two years and imposed strict limits on movement.

Prime Minister Anthony Albanese said most existing government payments for people who have to miss work because of Covid would also be scrapped.

“It was always envisaged that these measures were emergency measures,” he said.

Casual workers and those in high-risk areas like aged care or health will still be able to get financial support.