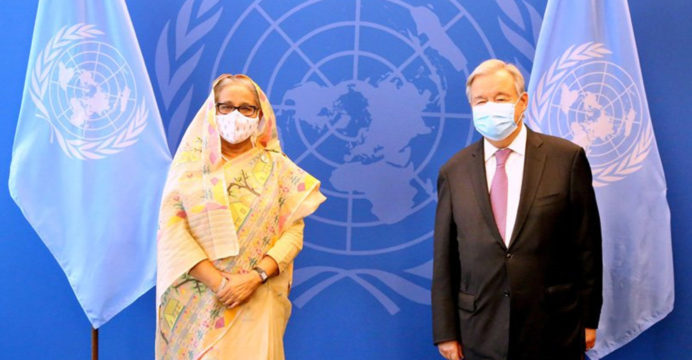 In bilateral talks with Bangladesh Prime Minister Sheikh Hasina at Lotte New York Palace on Thursday afternoon, he praised her for her able leadership in advancing the country’s overall development (BD time this morning).

Guterres greeted Sheikh Hasina warmly at the start of their meeting. According to him, the United Nations prioritized Bangladesh’s priorities.

“Whether it is climate change or sustainable development goals, the priorities of Bangladesh are the priority of the United Nations,” Guterres added. 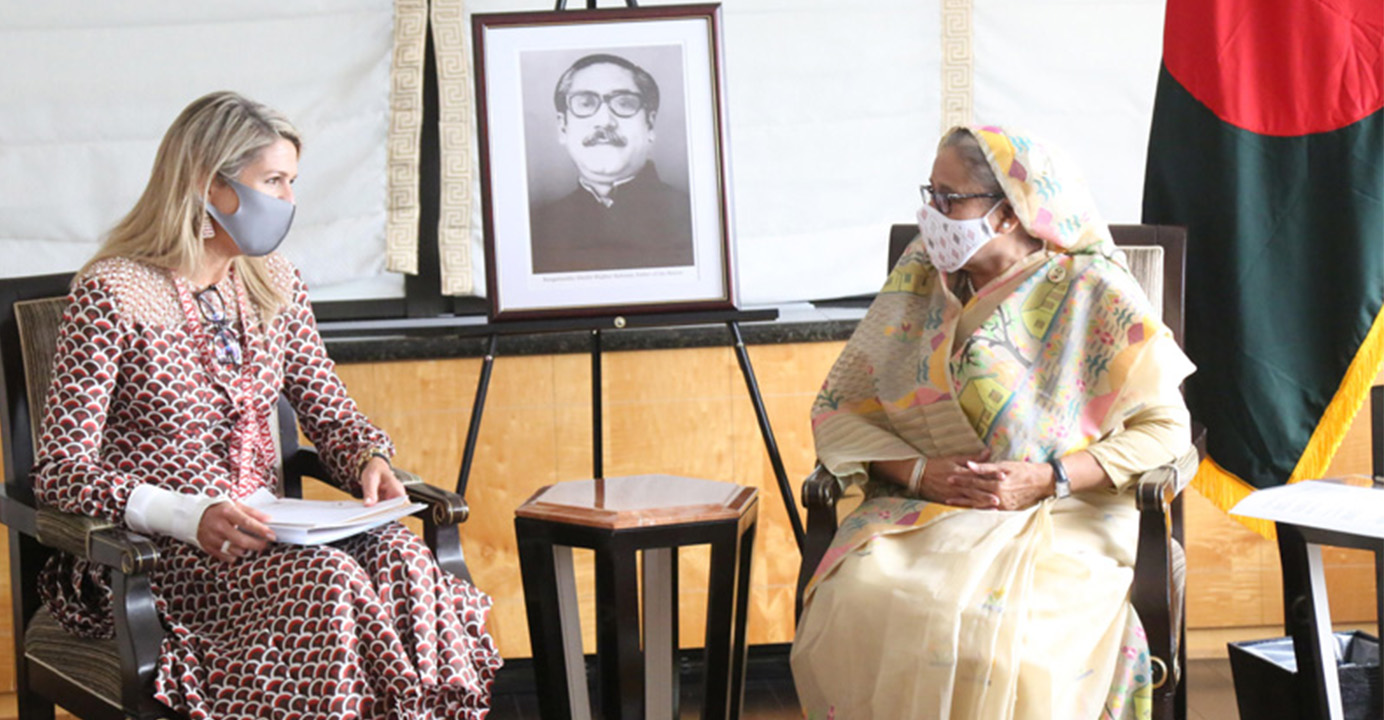 During the meeting, Sheikh Hasina encouraged the UN Secretary-General to include more Bangladeshi military troops in the UN peacekeeping mission’s higher levels.

In response to a question on UN Secretary-General António Guterres’ reaction to the Prime Minister’s call, the Foreign Minister stated that Guterres was favourable to the call because he wanted to do more for Bangladesh.

In this context, he stated that the UN Secretary-General also stated that Bangladesh has established a reputation and has a successful UN peacekeeping deployment.

“The UN has recognized Bangladesh as a ‘role model’ as it transforms into a ‘vibrant economy,” said Dr. Momen.

According to the Foreign Minister, Guterres praised Bangladesh for its leadership in all UN accomplishments.