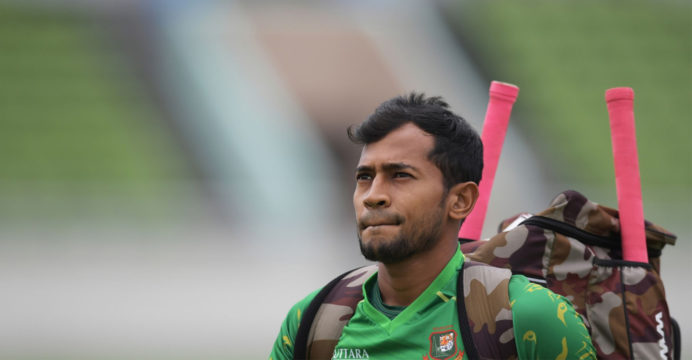 Bangladesh’s senior batsman, Mushfiqur Rahim, has refused to take a long sabbatical from cricket and has returned to practice today to prepare for his new responsibilities.

The Bangladesh Cricket Board (BCB) offered the national players a three-week break after the five-match Twenty20 series against New Zealand. Taskin Ahmed, Afif Hossain, Mohammad Saifuddin, and others took advantage of the holiday by conducting Umrah and had already left the country, while others decided to rest at home or go out.

Despite the fact that Mushfiqur is used to practicing alone, he chose to come to the Sher-e-Bangla National Cricket Stadium. He batted a couple of times in the net before fielding and wicket-keeping drills.

This seasoned batsman has always been seen working alone outside of the team’s regular practice. Mushfiqur is taking the matter of preparation more seriously this time because of his erratic batting form.

In the previous series, Mushfiqur’s willow only scored 39 runs in five matches against New Zealand. In two matches, he was dismissed for a duck. He was even seen struggling severely in the middle in Bangladesh cricket, which is an unusual event.

As a last-ditch effort to recapture his rhythm before the Twenty20 World Cup, Mushfiqur wanted to do some match practice. He will play one-day matches for Bangladesh A against the HP team at Chattogram. On September 30, October 2, and 4, the Bangladesh A team will meet the HP team in a three-match one-day series. Soumya Sarkar, a member of the Twenty20 World Cup squad, will be seen playing one-day cricket for the ‘A’ team.