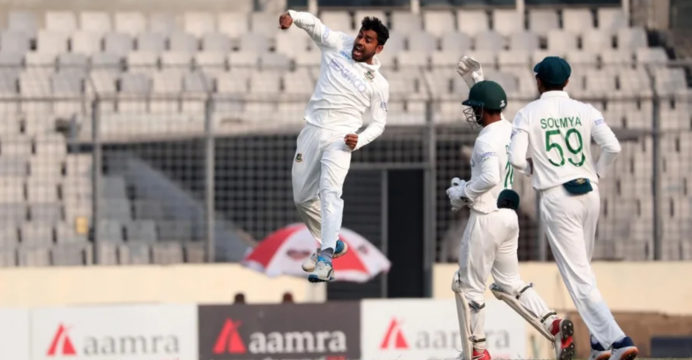 Miraj set the record for the fastest 100 wickets

From now on, Bangladeshi Off-spinner Mehdi Hasan Miraj holds the record for the fastest 100 wickets in a Test for Bangladesh.

On the third day of the ongoing Dhaka Test, Mirage took 100 wickets in his Test career by catching Shayne Mosle in the second innings of the West Indies. He took 1 wicket in the first innings.

Left-arm spinner Taizul Islam has held the record for so long. He took 100 wickets in 25 Tests.

Mohammad Rafique was the first Bangladeshi to take 100 wickets in a Test. Then Shakib Al Hasan, Taizul, and Miraj made the list of 100 wicket-takers.

Miraj made his Test debut in 2016 against England. He showed surprise in his debut series. Miraj took 19 wickets.