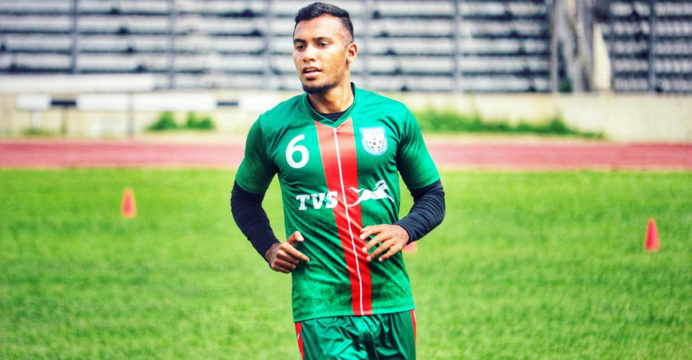 After the World Cup and Asia Cup qualifiers, national football team captain Jamal Bhuiyan did not return to the country citing personal reasons. That is what has become a huge obstacle for him.

A few days ago, Jamal was attacked by Corona and is in isolation under the supervision of the Qatar Football Association. In Qatar, he will have to return to the country after recovering from a few more days.

Besides, Jamal is scheduled to play in Kolkata’s I-League from January 9, but it is not happening anymore.

Wasim Akram, secretary of the Mohammedan club, told a Kolkata media outlet that Jamal was unlikely to play in the I-League this season. But their door will always be open for Jamal.

“We have not yet confirmed Jamal’s replacement, but this week we will be able to confirm who will replace him,” he said.