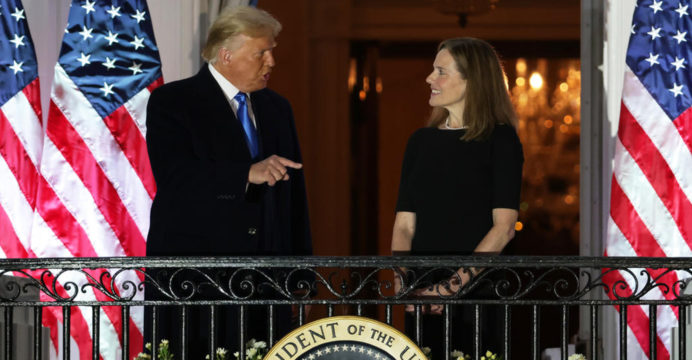 Trump boosted by Supreme Court confirmation days from US election

POTUS Donald Trump’s struggling reelection campaign initiated with a boost Monday with the approval of his latest Supreme Court nominee, tilting the top body to the right and clinching his judicial legacy in a landmark victory for American conservatives.

The Republican-controlled Senate elevated Amy Coney Barrett to the lifelong position in a 52-48 vote, capping a rapid and deeply contentious process that makes her the sixth conservative, and third Trump appointee, on the nine-member court.

“This is a momentous day for America, for the United States Constitution and for the fair and impartial rule of law,” the president, standing alongside Barrett, said before beaming lawmakers and others who had gathered on the South Lawn of the White House.

Barrett, 48, assures a strong conservative judicial legacy for Trump, who has also been able to appoint dozens of young, right-wing judges to federal courts in his four years in office. 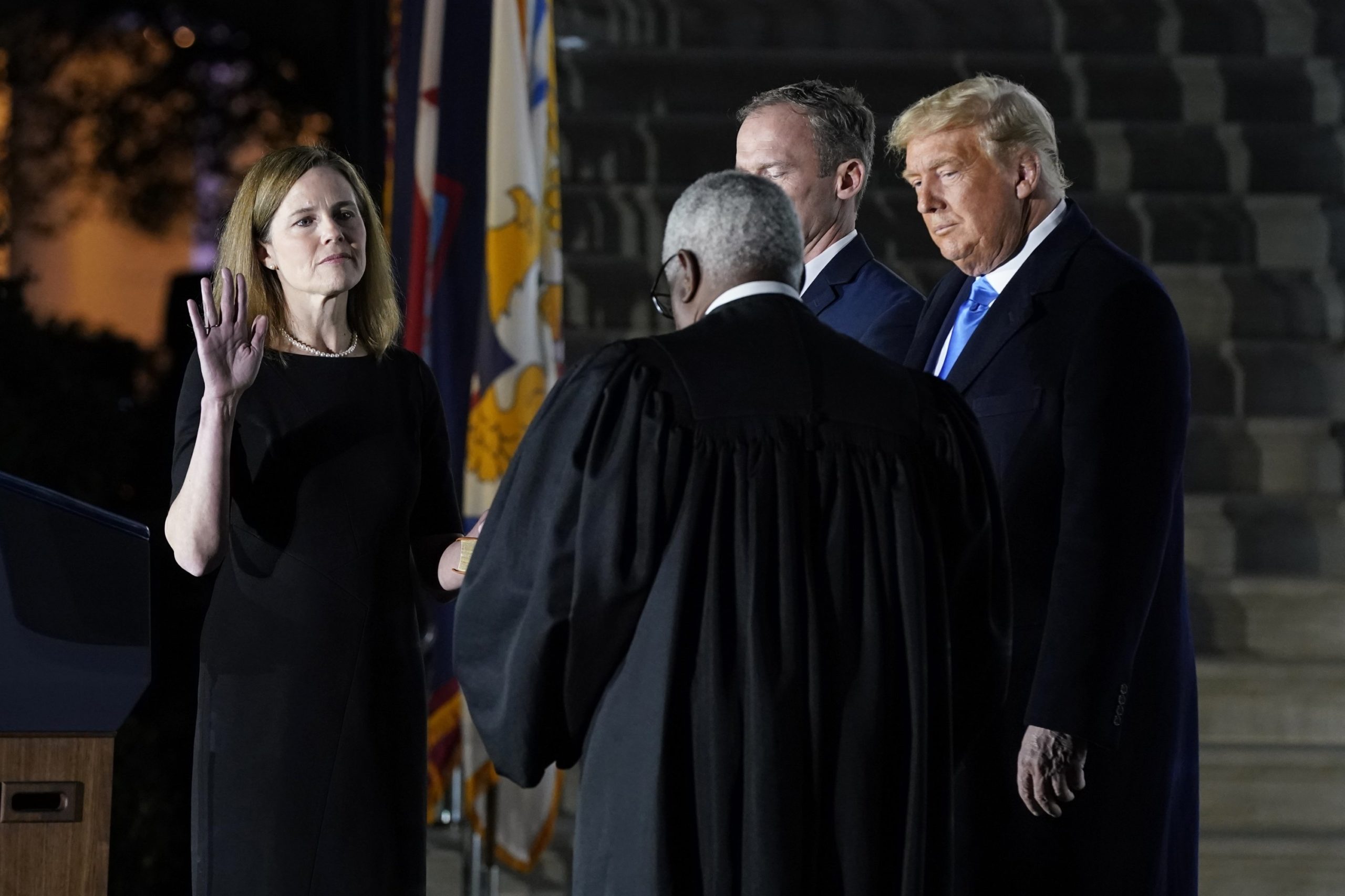 Democrats have fumed over the process that confirmed a justice so close to a presidential election, and warn that Barrett might vote to overturn the landmark 1973 decision that protects abortion rights or to gut health care provider for millions of Americans.

But Barrett, who took a constitutional oath at a Monday night ceremony, said she would keep her personal beliefs and judicial work separate.

“I will do my job without any fear or favor, and… I will do so independently of both the political branches and of my own preferences.”