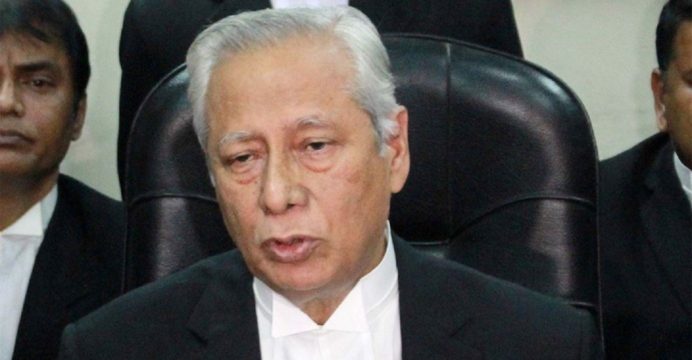 Mahbubey Alam, Attorney General of Bangladesh has passed away today. He was 71. Four weeks ago, he was diagnosed with the coronavirus.

He died today at 7:25 PM while undergoing treatment at the Combined Military Hospital (CMH) in Dhaka, his son Sumon Mahbub posted in Facebook.

Mahbubey Alam was admitted to the CMH on September 4 after being diagnosed with Covid-19.

He was first taken to the Intensive Care Unit (ICU) on September 18 morning after his pulse rate increased, but two days later, his family members said he was improving, reports Dhaka Tribune.

But, on September 22, he was taken to the ICU again after his health condition deteriorated extremely.

He was born in Mouchhamandra village in Munshiganj. He studied honors and Masters in political science at Dhaka University. He also attained two diplomas in constitutional law, and parliamentary institutions and procedures in 1979 from the Institute of Constitutional and Parliamentary Studies (ICPS) in the Indian capital of New Delhi.

He started practising in the High Court in 1975 and became a lawyer of the Appellate Division in 1980. He was enrolled as a senior Supreme Court lawyer in 1998 and was elected member to the Bangladesh Bar Council in 2004. He was elected the president of the Supreme Court Bar Association in 2005-2006 and served as its general secretary in 1993–1994.