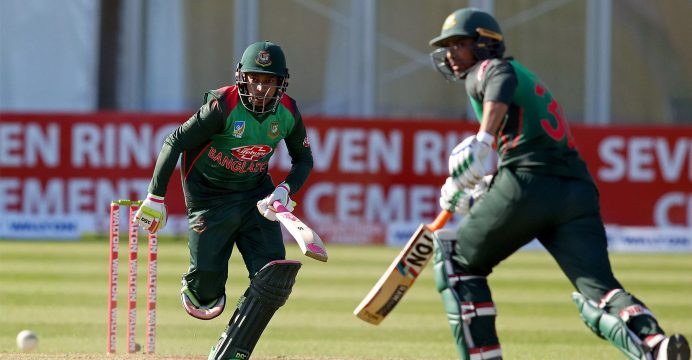 Bangladesh stunned South Africa to start their World Cup campaign with a fine 21-run victory at The Oval.

Bangladesh made 330-6 – their highest one-day total – with Mushfiqur Rahim scoring 78 and Shakib Al Hasan 75 in front of a passionate crowd strongly in their favour.

It was a dream start from the Tigers in this World Cup as a good start is vital to building momentum in such a big tournament. Soumya Sarkar had led the way with his brilliant strokeplay early on in the Tigers’ innings and Mustafizur and Saifuddin had achieved some reverse-swing with the old ball as Bangladesh thwarted the Proteas.

While there were a few dropped chances, Tigers recovered well in the end. Mehedi Miraz getting the scalp of South Africa capatain FAF du Plessis might have been the turning point in the game as South Africa eventually fell short of the total set by Bangladesh. 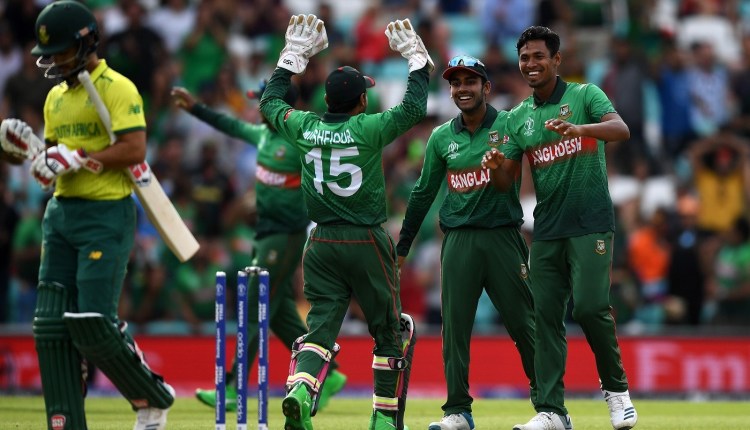 Mustafizur Rahman of Bangladesh(R) celebrates after taking the wicket of JP Duminy of South Africa during the Group Stage match of the ICC Cricket World Cup 2019 between South Africa and Bangladesh at The Oval on June 02, 2019 in London, England.

The defeat means South Africa have lost their opening two matches in the competition, having been beaten by England in the opener on Thursday.

Windies now top the standings in the ten-team tournament courtesy of a better net run-rate. Bangladesh are in fifth with a net run-rate of 0.42 and also have two points from one game along with New Zealand, England and Australia.

Bangladesh play New Zealand in a day-night game on Wednesday, again at The Oval.