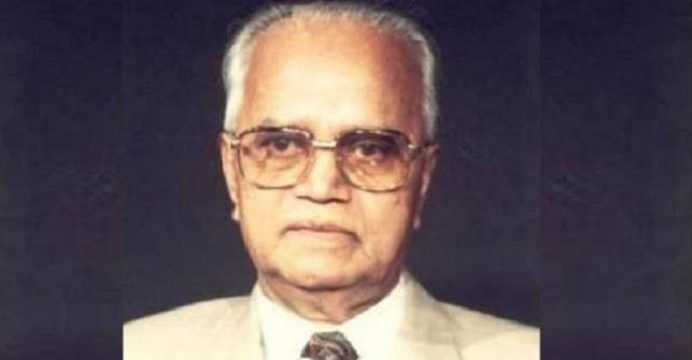 Former President of Bangladesh, Abdur Rahman Biswas breathed his last at the age of 93 on Friday due to several old-age complications.

He was taken to United Hospital in Dhaka after his health condition deteriorated. He was survived by five sons and two daughters.

According to Wikipedia, Biswas was born in the village of Shaistabad, Barisal District. He was educated at Dhaka University, where he received history degrees a BA with honors and an MA in history and a degree in law. His subsequent public service included chairing a local cooperative bank and sponsoring educational initiatives.

Biswas was elected as a representative to the East Pakistan Legislative Assembly in 1962 and 1965. In 1967 he represented Pakistan at the UN General Assembly. Bangladesh held general elections in 1979, in which Biswas obtained a seat in its parliament (Jatiyo Sangsad). He held posts in its ministries. His seat in the parliament was confirmed during a 1991 election and soon afterward, he was chosen as Speaker of the Parliament.

After the reintroduction of the parliamentary system in the country, Abdur Rahman Biswas was elected president on 8 October 1991. After the end of his presidency, Biswas retired permanently from politics.