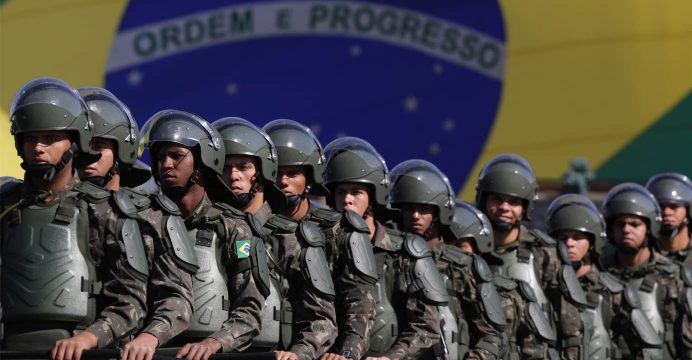 Police had arrested 12 people before Thursday’s operation, all suspected of collaboration with Islamic State militants. Brazil’s federal police said three others have been interrogated and later released. The two arrested on Thursday were Brazilians, but police did not provide names or other details.

Although Brazil has no history of conflict with known militant groups, the government has said the Games made the country a more likely target, particularly because of participation by countries fighting Islamic State.

Its militants control parts of Iraq and Syria and a U.S.-led coalition has conducted air strikes against them. The group has supporters worldwide who have carried out shootings and bombings of civilians.