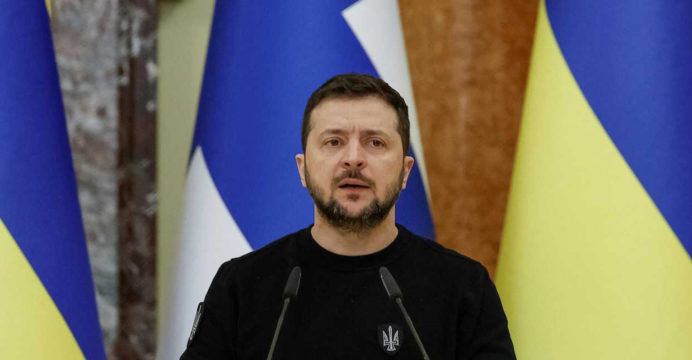 Following the nation’s first significant corruption scandal connected to the Russian invasion, Kyiv on Tuesday announced the removal of a dozen top officials in its biggest political shakeup.

Ukraine has always been plagued by widespread corruption, but Moscow’s almost year-long full-scale conflict has obscured efforts by the government to root it out.

In order to resist Russian forces, Western allies have provided Kyiv with billions of dollars in financial and military help, frequently with the understanding that anti-corruption reforms must first be implemented.

In his evening address on Tuesday, Ukrainian President Volodymyr Zelensky stated that extra actions would be implemented in addition to the cleanup.

“It is fair, it is needed for our defence, and it helps our rapprochement with European institutions,” he said. “We need a strong state, and Ukraine will be just that.”

Presidential aide Mykhaylo Podolyak said Zelensky had focused on “key priorities of the state” in dismissing the officials, who include governors of regions that have seen heavy fighting and deputy cabinet ministers.

“During the war, everyone should understand their responsibility,” Podolyak tweeted.

The shakeup came after a Ukrainian deputy minister of development of communities and territories, Vasyl Lozynskiy, was sacked at the weekend following his arrest on suspicion of embezzlement.

The 36-year-old was accused of receiving a $400,000 bribe to “facilitate” the purchase of generators at inflated prices, as Ukraine struggles with electricity shortages following Russian strikes on its energy grid.