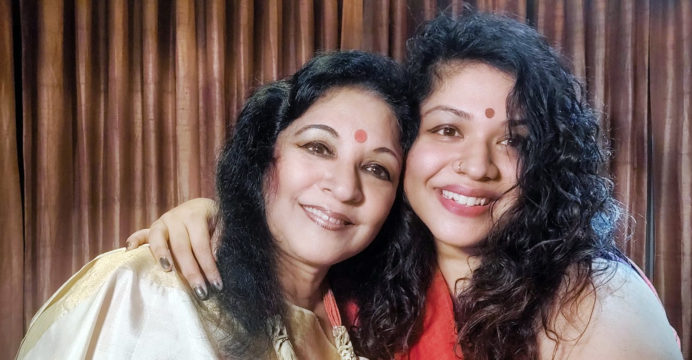 The mother-daughter combo became the first Bangladeshis to be nominated for the most prestigious musical prizes thanks to their song “Jaago Piya,” which was included on the Berklee Indian Ensemble’s debut album “Shuruaat.”

Confirming the news to UNB on Tuesday night, Armeen Musa said she is overwhelmed by this achievement. “Still cannot believe,” she said. The official website of Grammy also confirmed the nomination on Wednesday.

“Jaago Piya,” the first of a number of original compositions from the Berklee Indian Ensemble, was first written and performed by Armeen Musa, with Bengali lyrics by Nashid Kamal.

Armeen Musa is one of the most well-known musicians in Bangladesh today. He was the first Bangladeshi student in the Berklee Indian Ensemble and a Visva-Bharati trainee in Indian Classical music. Armeen Musa’s songs, such as “Bhromor Koiyo Giya,” “Lona Deyal,” and others, have received praise from critics. The “Ghaashphoring Choir,” a musical ensemble, was founded by her.