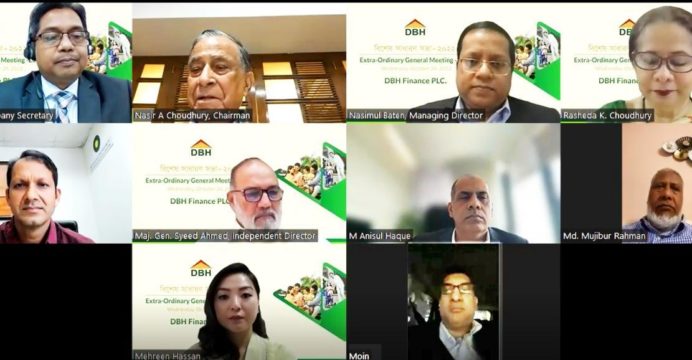 The shareholders of DBH Finance PLC. (DBH) in its Extra-Ordinary General Meeting- 2022 approved the proposed insertion of the necessary clauses in the Memorandum and Articles of Association of the company to allow its proposed Shariah-based Financing under Islamic Financing Wing.

In his speech, the chairman of the company Nasir A Choudhury welcomed the general shareholders and hoped that by conducting shariah-compliant financing, the company will be in a better position to cater to the need of mass customers.

The Managing Director & CEO, Nasimul Baten thanked all the stakeholders including shareholders for their support and hoped it will continue in the future also.