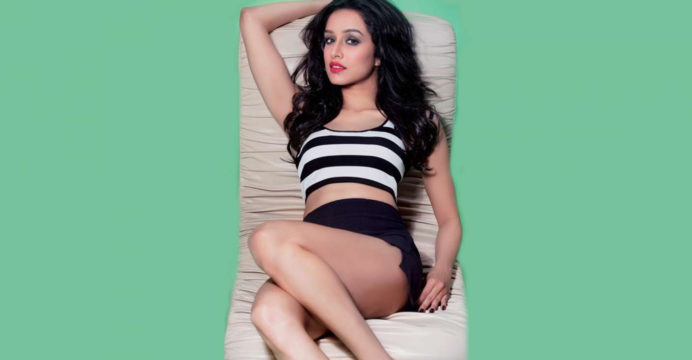 The music video for Thumkeshwari, a dance number from the upcoming film Bhediya, has been shared by Indian stars Varun Dhawan and Kriti Sanon.

As the two go on to groove together in a grand setup with several background dancers, Shraddha Kapoor’s entry and Varun’s dance step inspired from Salman Khan’s Jumme Ki Raat attract attention.

Varun’s dance step, which involves him holding and grooving with Kriti Sanon’s dupatta, is reminiscent of Salman Khan’s step from the film Kick, which had him grooving with Jacqueline’s skirt clenched in his teeth.

The song also has Shraddha appearing in the same costume as Kriti’s, pointing to her return as the mysterious woman who ended up taking Stree’s powers in the climax.

The song Thumkeshwari has been written by Amitabh Bhattacharya and sung by Sachin-Jigar, Rashmeet Kaur and Ash King. The music for the song has been composed by Sachin-Jigar. Abhishek Banerjee and Paalin Kabak, who play Varun’s friends in the film, are also seen dancing in the song.

Bhediya is the third installment in Dinesh Vijan’s horror-comedy universe after 2018 film Stree and 2021 film Roohi. Directed by Amar Kaushik, it follows Bhaskar (Varun), who transforms into a werewolf on every full moon night after he is bitten by a mythical wolf. Kriti seems to be in the role of a veterinary doctor with short hair.