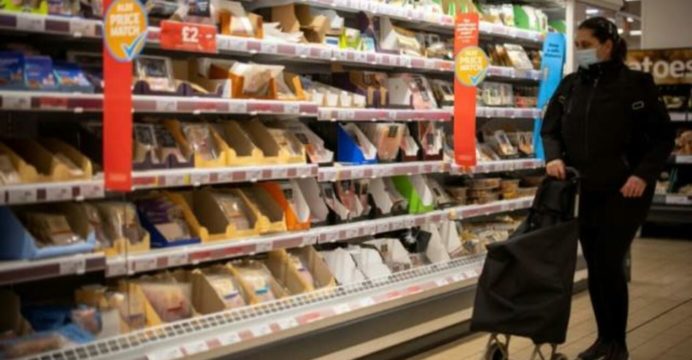 Why millions of Britons skipping meals?

Millions of Britons are skipping meals in current the cost-of-living crisis, a consumer group warned Thursday, having already forecast that many risk fuel poverty after the UK curbed its energy price freeze. The news came after data showed UK inflation jumped back above 10 percent in September on rampant food prices, as economic troubles pile up for beleaguered Conservative Prime Minister Liz Truss.

Half of UK households are cutting back on the number of meals, consumer group Which? said citing a survey of 3,000 people. A similar proportion are finding it harder to eat healthily compared with before the crisis, while almost 80 percent are finding it difficult financially, reports BSS.

“The devastating impact of the cost-of-living crisis is, worryingly, leading to millions of people skipping meals or struggling to put healthy meals on the table,” said Sue Davies, head of food policy at Which?.

Separately, the consumer group stated Wednesday that the UK government’s decision this week to curb its energy price freeze would leave millions unable to adequately heat their homes.

In a series of humiliating budget U-turns, new finance minister Jeremy Hunt announced Monday that he would pull the plug on the flagship energy price freeze in April instead of late 2024.

“The government’s decision to end universal energy support in April risks throwing millions of households across the country — not just the most financially vulnerable — into fuel poverty,” warned Rocio Concha, head of policy and advocacy at Which?.

“The government must clarify how they will support those struggling to make ends meet beyond the spring and ensure that as energy prices remain incredibly high, consumers are not left out in the cold.”

The price freeze was aimed at protecting consumers from sky-high domestic fuel costs, which have rocketed on key energy producer Russia’s war on Ukraine.

Britain has meanwhile been blighted by strikes this year, as workers protest over wages that has failed to keep pace with runaway inflation.

The retail prices index — an inflation measure which includes mortgage interest payments and is used by trade unions and employers when negotiating wage increases – leapt to 12.6 percent in September from 12.3 percent in August, data showed Wednesday.

“I have a message for Liz Truss: Working people are proud of the jobs we do. We work hard. We work the longest hours in Europe,” she told the TUC’s annual gathering in the English seaside resort of Brighton.

“Yet thanks to your party’s 12 years in government, millions are struggling to make ends meet.”