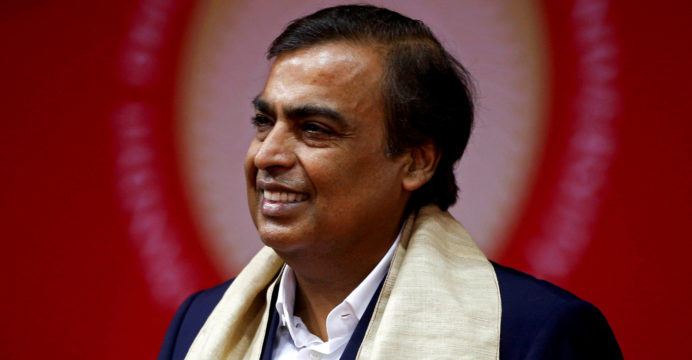 He said it will then be expanded to the rest of India by December 2023. The company is also working with Google to develop a budget 5G smartphone, reports BBC.

Speaking on Monday at Reliance’s annual general meeting, Mr Ambani said that once the firm’s 5G network is fully operational it would be the biggest in the world. The service will be rolled out through Reliance’s subsidiary Jio – which is India’s largest mobile carrier.

Mr Ambani also said that Reliance was working with US technology giant Google to develop an “ultra-affordable” 5G smartphone, without giving further details on its price or planned launch date.

The cheapest 5G-ready smartphones in India currently cost around $150. The announcements came as the battle for domination in India’s digital future is heating up.

Earlier this month, the Indian government concluded a record $19bn auction for airwaves, including 5G airwaves, where Jio emerged as the top buyer. It also drew bids from other major players Vodafone Idea and Bharti Airtel – and a fourth new entrant, Adani Data Networks.

The fifth generation of high-speed mobile internet – or 5G – supports emerging technologies such as driverless cars and artificial intelligence. It is seen to be central to India’s plans to transform the country into a $1tn digital economy.

In May, Prime Minister Narendra Modi said that 5G would “not only accelerate internet speed but also boost development and employment.”

During the wide-ranging address to investors, Mr Ambani also laid out a succession plan for his business empire. The 65-year-old confirmed that his daughter Isha would head Reliance’s retail ventures, while his youngest son Anant would join its new energy business.

His eldest son Akash was appointed as the chairman of Jio in June this year. With an estimated net worth of $91.9bn, Mr Ambani is the eleventh richest person in the world and the second richest person in Asia, according to the Bloomberg Billionaires Index.

His late father Dhirubhai Ambani founded a textiles manufacturer that would eventually become Reliance Industries. It is now India’s largest conglomerate by market value, with businesses including petrochemicals, oil and gas, telecoms and retail.