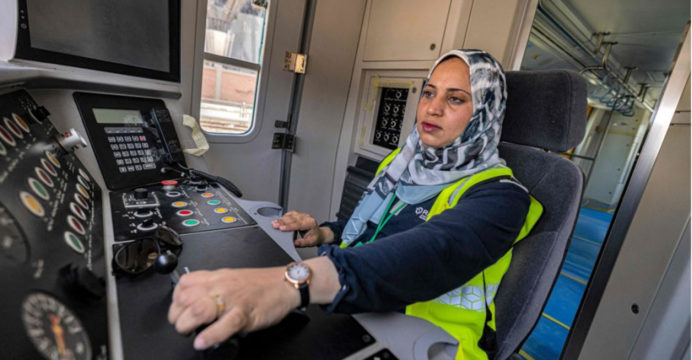 The Cairo metro has hired Egypt’s first female train drivers, a novelty in a nation where few women hold formal professions, as it gets ready to expand to accommodate a population that has surpassed 20 million.

According to the two trailblazers, commuters on the network’s newest line have noticed women taking the wheel in the driver’s cab since April, and their reactions have ranged from raised eyebrows to open disgust.

Since 1956, Egyptian women have been able to vote and run for office, but patriarchal laws and a predominately male culture have severely restricted personal freedoms.

To safeguard women from sexual harassment, the Cairo Metro itself offers reserved carriages for those who prefer not to ride with men.

Hind Omar, a business graduate and mother of two, claimed that she hurried to apply for a position as a train driver because she wanted to break new ground in a nation where, according to 2020 statistics, only 14.3 percent of women are in official employment. 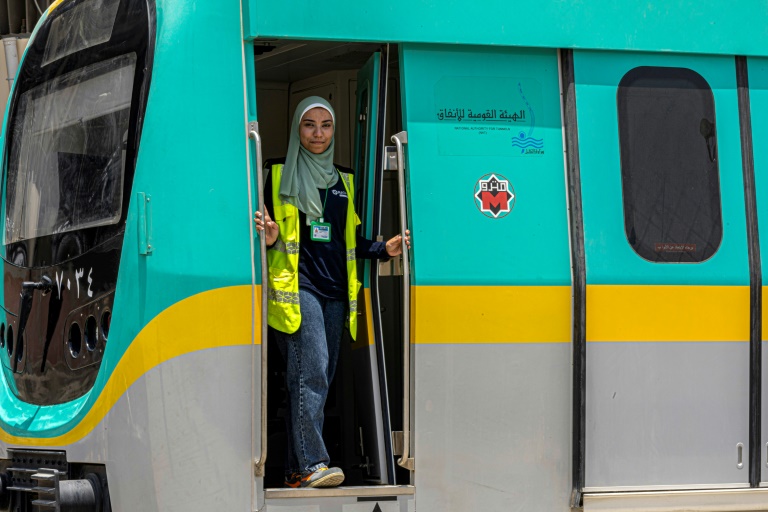 “I have several thousand lives in my hands every day,” the 30-year-old told AFP, proudly wearing a fluorescent jacket emblazoned with the RATP-Dev logo of the foreign operations arm of the Paris metro beneath her black and white headscarf.

Omar acknowledged that she had been lucky to have the support of her family.

“My parents found it strange at first but they ended up supporting me,” she said.

“My husband was enthusiastic from the start and always encouraged me.”

A key factor had been the exemption from night shifts offered to women drivers, she said.

Omar said the tests for would-be drivers had been gruelling, requiring candidates to demonstrate their “attention span” and “endurance”.

She said drivers had to remain “extremely vigilant for long hours” during a six-day working week.