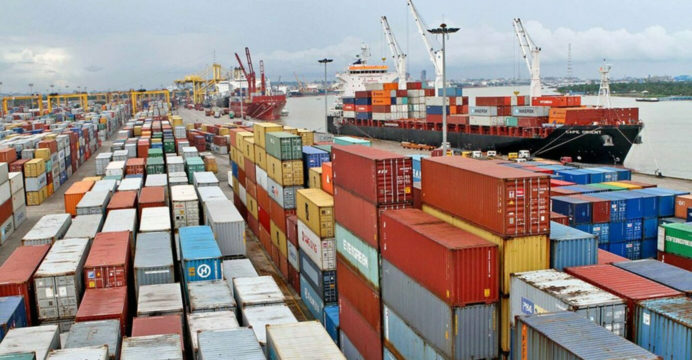 The Chattogram seaport becomes the 64th busiest port in the world

The Chattogram seaport has become the 64th busiest port among the top 100 container ports across the world.

The ranks have been detected in terms of annual container handling in 2021, according to Lloyd’s List, one of the oldest shipping journals in the world, reports BSS.

Earlier, Chattogram seaport was ranked 70th, 71st, 76th and 87th in the four previous editions of the journal. This year, the port advanced three notches in the latest edition.

According to the report, Chattogram seaport handled a total of 32,14,548 TEUs (twenty-feet equivalent units) of containers in 2021, up from 28,39,977 TEUs in the previous year, posting 13.2 percent annual growth in container handling.

Confirming the matter, Chattogram Port Authority Secretary Md Omar Faruk said it is possible as all stakeholders of the port are contributing to its progress. He conveyed thanks to everyone for attaining success.

The success of the port achievement is possible for increasing foreign trade in recent years and government steps of infrastructural development with logistics supply, he added.

Omar Faruk hoped that the position of Chattogram Port on Lloyd’s List will advance further.

Mentionable, Chattogram port has been gradually advancing its position on Lloyd’s List as one of the world’s busiest ports since 2014.