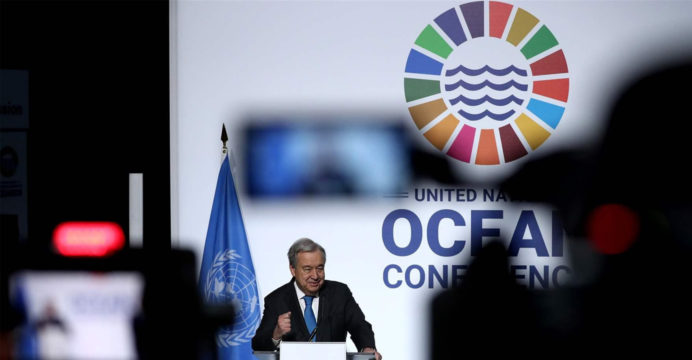 Activists worry that the UN’s high seas treaty will expire

Environmental NGOs voiced their concerns on Friday about the “slow going” in negotiations that are supposed to result in a deal to safeguard the high seas by the end of the following week.

United Nations member nations have been convening in New York since Monday in an effort to hammer out a deal to conserve the crucial but delicate resource that makes up about half of the earth, following years of unsuccessful discussions and postponements because of Covid-19.

Numerous non-governmental organizations (NGOs) and the affected nations claim that the agreement is urgently required to promote environmental stewardship in the huge, mainly uncontrolled region due to the increasing difficulties it is facing.

“I am worried that time is slipping away. It’s really time to see those ambitious statements and platitudes turned into action. Delegates have one week left.”

“Delegates are behaving like we have another decade for them to keep talking about this. We don’t,” said Arlo Hemphill, a senior oceans campaigner at Greenpeace.

The exclusive economic zones, which according to international law can only extend 200 nautical miles (370 kilometers) from any nation’s shore and are outside the purview of any state, mark the beginning of the high seas.

Only 1% of the high seas are legally protected, despite the fact that they contribute to reducing global warming by absorbing most of the carbon dioxide that humans produce and breathe.

However, the continued increase in carbon dioxide levels, pollution, and overfishing pose a major threat to them.

Diplomatic sources said there were still “some challenges” to be met, but that the discussions were making progress. The talks will continue until August 26.