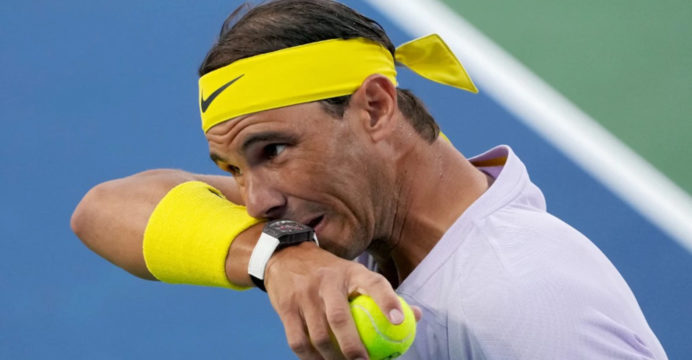 The disastrous comeback match Rafael Nadal played in on Wednesday at the Cincinnati Masters has put the Spaniard behind in the race for the top ATP rating.

Nadal’s attempt to pass Daniil Medvedev for the top spot in the global rankings was dashed as he was surprised by Croat Borna Coric in the second round.

The top seed Medvedev can maintain his current ranking going into the US Open when he faces Denis Shapovalov on Thursday for a place in the quarterfinals.

Third-ranked After missing six weeks to recover from an abdominal muscle ailment that forced him to retire from a Wimbledon semi-final match against Nick Kyrgios, Nadal was shocked by his defeat.

Now that he has played just one summer hardcourt match, Nadal enters the US Open, which gets underway on August 29 in New York.