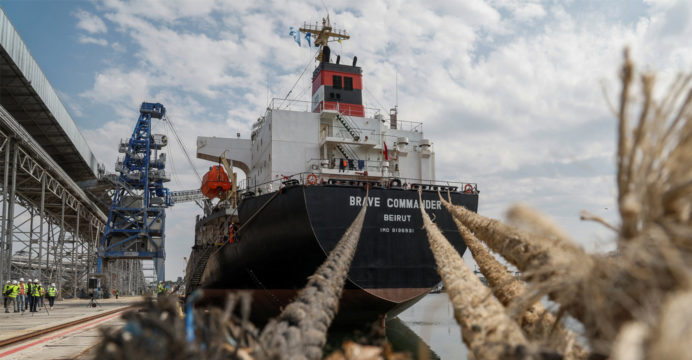 Following an agreement to alleviate a global food crisis, a UN-chartered vessel loaded with grain departed from Ukraine on Tuesday for Africa, according to the ministry in charge of supplies.

According to the infrastructure ministry’s Telegram post, the MV Brave Commander has departed the Black Sea port of Pivdennyi and is headed to Djibouti “for handover to Ethiopia.”

There are 23,000 tonnes of wheat on board. Since the beginning of the Russian invasion in February, this is the first ship chartered by the UN World Food Programme (WFP) to leave Ukraine, and the administration has expressed the expectation that two or three other cargoes will follow soon.
Ukraine and Russia are two of the world’s biggest grain exporters.

Following Russia’s invasion, Kyiv and Moscow accepted a deal mediated by the UN and Turkey last month to resume grain shipments over the Black Sea.

The accord opened safe passageways through the naval mines that Kiev had planted and eased a Russian blockade on Ukraine’s ports.

According to the Ukrainian port authorities, five boats carrying a combined 110,000 tonnes of goods departed Ukraine on Tuesday. 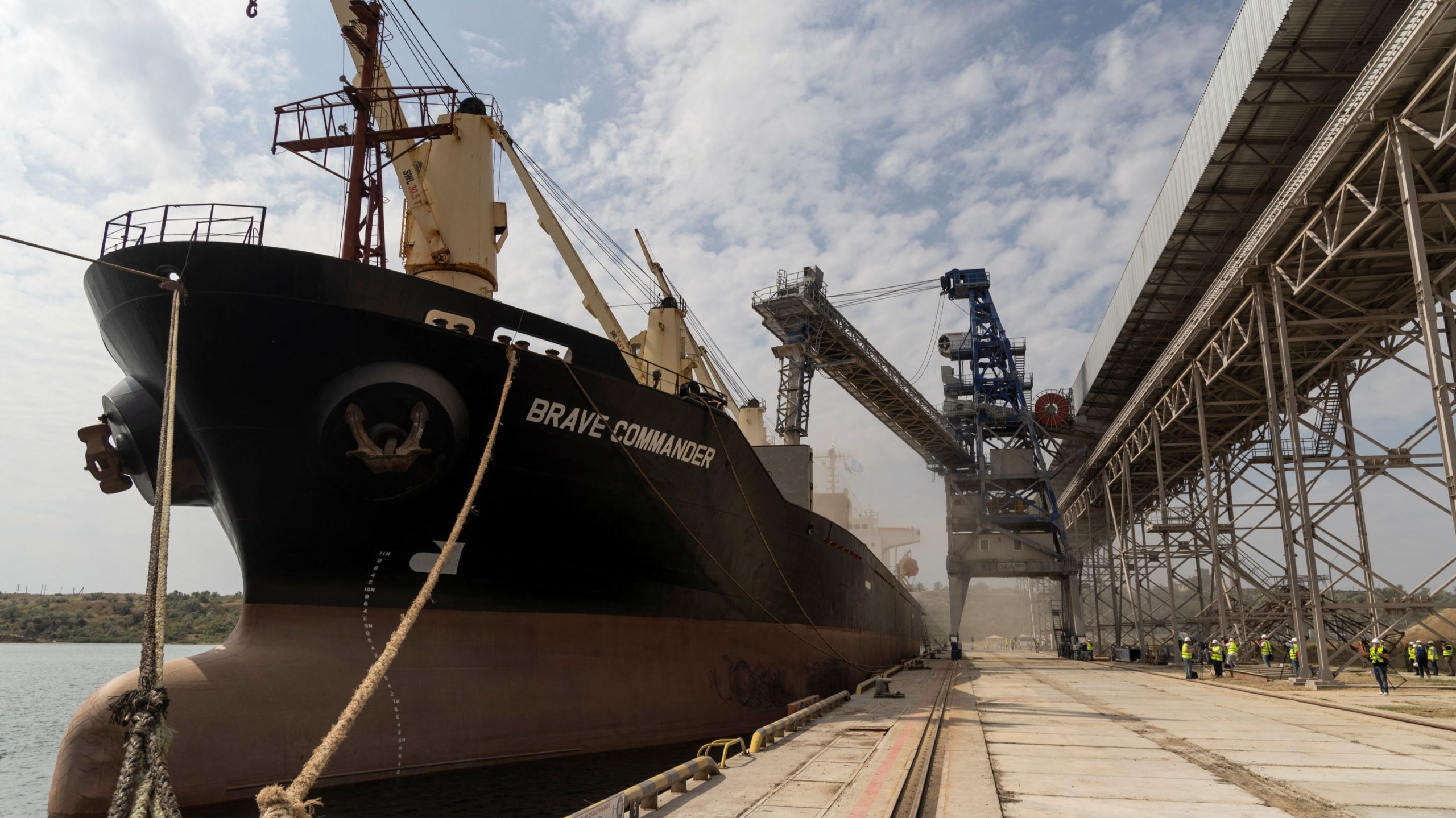 On August 1, the first commercial ship carrying grain sailed away. According to the port authority’s statement, 21 ships have left Ukrainian ports since that time.

“We are definitely planning other ships to leave the ports of Ukraine, to help people around the world,” Marianne Ward, WFP deputy country director in Ukraine, told journalists earlier while the ship was being loaded at the weekend.

“This should just be the first of many humanitarian ships to leave the ports,” she said.

The United States stated on Tuesday night that it would give the WFP an additional $68 million.

According to Samantha Powers, head of the US Agency for International Development, the money will be used “to acquire, transfer, and store up to 150,000 metric tons of Ukrainian wheat to assist respond to the global food crisis.”