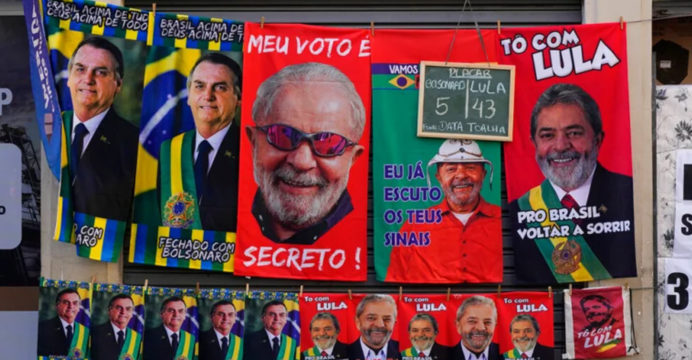 The front-runners Bolsonaro and Lula, who have really been out campaigning for months, will formally announce their candidacy at competing rallies showcasing their diametrically opposed personalities.

The 67-year-old Bolsonaro intends to kick off his campaign with a rally in Juiz de Fora, the small city in the southeast where he was stabbed and dangerously close to death during his 2018 campaign.

Bolsonaro’s assault solidified his reputation as “The Myth” in the eyes of his ardent fans, who saw him as a hero who swooped in to rough up the political establishment and speak his opinion with tough-talking clarity.

It is a reputation that has taken a hit as Bolsonaro has stumbled through a number of crises, such as the coronavirus outbreak, which he steadfastly downplayed even as Brazil’s death toll increased, and the skyrocketing inflation that has hit Brazilian families like a gut blow.

Lula, 76, who leads in opinion polls, will meanwhile start his campaign with a visit to a Volkswagen plant in Sao Bernardo do Campo, in the industrial heartland of Sao Paulo state, the place where he launched his political career as a union leader.

Both events are dripping with symbolism, said political analyst Adriano Laureno, who called the race “the most polarizing presidential election since the return to democracy” in Brazil in the late 1980s.

“Bolsonaro has tried to build this narrative of divine selection around his presidency… in which surviving the stabbing incident plays a central role,” said Laureno, of consulting firm Prospectiva.

“Lula meanwhile always looks to return to Sao Bernardo at key moments in his political trajectory, casting himself as a man of the people,” he told AFP.