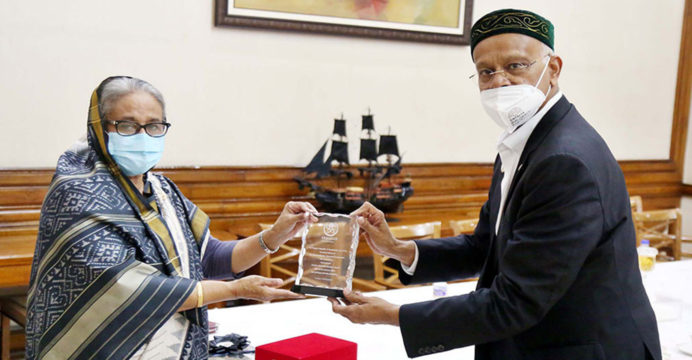 The “International Peace Award” is given to Bangladesh

As one of the D-8 Organization for Economic Cooperation’s founding members, Bangladesh received the “International Peace Award.”

The honor was granted in honor of Prof. Dr. Necmettin Erbakan, a former prime minister of the Turkish Republic.

Dr Fatih Erbakan, President of the Board of Trustees of Prof. Dr Necmettin Erbakan Foundation, sent a letter to Prime Minister Sheikh Hasina informing her of the matter, said a press release of press wing of the Prime Minister’s Office (PMO).

Mosud Mannan, Ambassador of Bangladesh to Turkey accredited to Georgia, Turkmenistan and the D-8, today handed over the award that included a crest and the letter to Prime Minister Sheikh Hasina at her Ganabhaban official residence here.