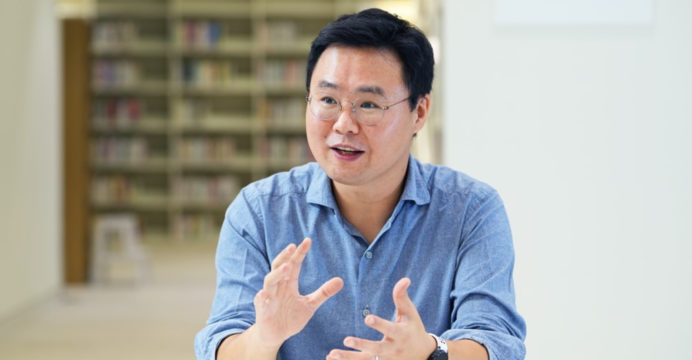 The mechanical engineering team from Ajou University, which is situated in Korea and is led by Professor Je-Sung Koh (corresponding author), collaborated on this study. The collaborative research team created an artificial muscle actuator that can be used with haptic gloves and augmented reality (AR) glasses.

Actuator and sensor technologies are developing quickly to produce increasingly more immersive experiences in virtual worlds as the metaverse grows in popularity. Due to the fact that wearable devices are worn by people and frequently demand mobility, the actuators and sensors integrated into them must be small and light. Because conventional kinds would find it challenging to produce tiny form factors and high power densities, the conventional actuator had some limits when it came to the realization of more advanced capabilities.

“This new actuator that we suggest is lightweight, compact yet powerful in terms of force-to-weight ratio. It is significant that the new actuator has overcome the limitations of the conventional actuators while bringing the potential for its expanded applications ranging from robotics to wearable devices,” Dr. Bongsu Shin at Samsung Research said. “We anticipate that the outcome of our latest research will be the core hardware technology for a more immersive and interactive experience for the next generation.”

The team also showed how the actuator offers control over image depth. By directly altering the distance between the display and the optical system of the prototype AR glasses based on the focusing distance of the item to be projected, binary depth switching is used to lessen vergence accommodation conflict (VAC), which can induce visual fatigue in some users.

Furthermore, it is crucial to use non-vibrating mechanotactile outputs in haptic devices to produce realistic and expressive tactile sensations on the skin. Haptic devices require actuators with a high force-to-weight ratio and a substantial displacement to simulate the sensation of significant skin deformation. Additionally, the haptic device prototype’s limited space allows for the integration of many actuators to create more expressive tactile experiences.

CASA uses an aspect of the artificial muscle whose electrical resistance changes in response to external pressure to initiate an action to an object with pressure and measure pressure without a sensor. The CASA-equipped haptic glove prototype is so light and pressure-sensitive that it might be used in telehaptics, which recognizes facial expressions from the tactile writing system and transforms them into electric impulses.