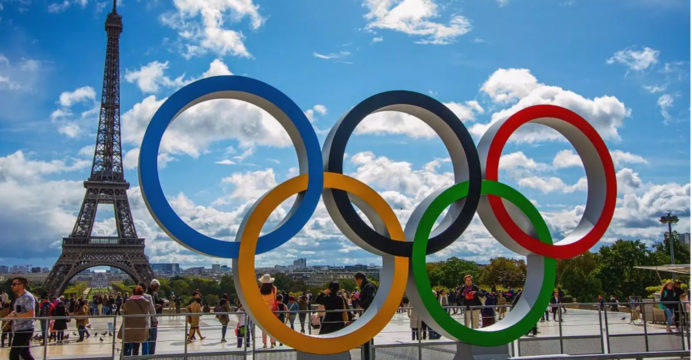 Macron addresses worries about the Olympics in Paris in 2024

Nearly two years to the day before the opening of the sports spectacle, French President Emmanuel Macron will convene a meeting of ministers on Monday to discuss difficulties overshadowing the Paris 2024 Olympics preparations.

The Olympics should serve as the focal point of the newly re-elected Macron’s second term, presenting a picture of a France that is at ease with its modern identity while being open to the rest of the world.

However, concerns are mounting not only about finances but also about security preparations with just two years till the opening ceremony on July 26, 2024.

The pandemonium that marred the Champions League final between Liverpool and Real Madrid in Paris on May 28—which critics blamed on overzealous policing—damaged France’s standing as a dependable host of sporting events severely.

The ambitious plan by Macron, in a characteristic flourish, for an opening ceremony to take place as a flotilla down the River Seine rather than the conventional athletics stadium is a source of special worry.

Important officials like Interior Minister Gerald Darmanin and Sports Minister Amelie Oudea-Castera will attend the meeting on Monday at the Elysee Palace.

The ministers would have the opportunity to “take note of where there are flaws,” according to a French presidential official who declined to be identified.

“The idea is to be aware of the calendar and the next stages.”

The Paris mayor Anne Hidalgo and the leader of the Paris area Valerie Pecresse, who ran unsuccessfully for president in April and released a joint statement on Friday lamenting their exclusion, will not be a part of it.

Together with its partner organization SOLIDEO, which is in charge of constructing the auxiliary infrastructure, the COJO, the agency responsible for organizing the Olympics, has a four billion euro ($4.1 billion) budget.

But because of rising inflation, economies must be made, and thus far, not enough sponsors have been identified to close the gaps.

A source with knowledge of the situation who wished to remain anonymous said, “Everything is very tight regarding the budget,” adding that the full scope of the problem would become apparent in the autumn.