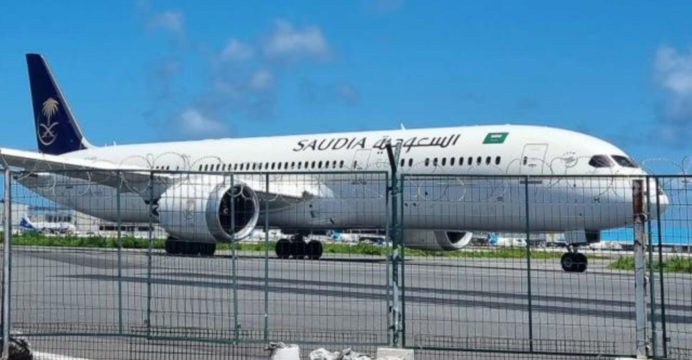 The president had fled to the Maldives a day earlier amid mass protests over Sri Lanka’s economic crisis. It is not clear if Mr Rajapaksa will stay in Singapore or whether he will use it as a layover destination, reports BBC.

He had previously pledged to resign by Wednesday but has failed to submit a formal resignation so far.

The leader, who as president enjoyed immunity from prosecution, is believed to have wanted to flee abroad before stepping down to avoid the possibility of arrest by the new administration.

It comes as Acting President Ranil Wickremesinghe on Thursday imposed a curfew for a second day.

His government ordered another curfew on Thursday from noon (06:30 GMT) to 05:00 Friday to quell the discontent in the country.

One person died and 84 others were injured after Wednesday’s protests, which took place at key landmarks around the capital of Colombo, including the prime minister’s office.

Major demonstrations since April over the country’s economic crisis have escalated this past week, after protesters broke into the presidential palace on Saturday and set fire to the prime minister’s private home.

On Wednesday, police fired tear gas at protesters who attempted to break down the gates of the prime minister’s office in Colombo, before finally making their way in. They later made their way towards parliament.

By Thursday, a spokesperson for the protesters said they would withdraw from these official buildings. There were no protesters in parliament on Thursday afternoon when the reporters arrived.

Sri Lanka has seen its economy collapse and the cost of food, fuel and other basic supplies skyrocket for ordinary people.

Many blame the Rajapaksa administration for mishandling the crisis and see Mr Wickremesinghe, who became prime minister in May, as part of the problem.

The president’s departure has created a threatening power vacuum in Sri Lanka, which needs a functioning government to help dig it out of financial ruin.

Politicians from other parties have been talking about forming a new unity government but there is no sign they are near agreement yet. It’s also not clear if the public will accept what they come up with.