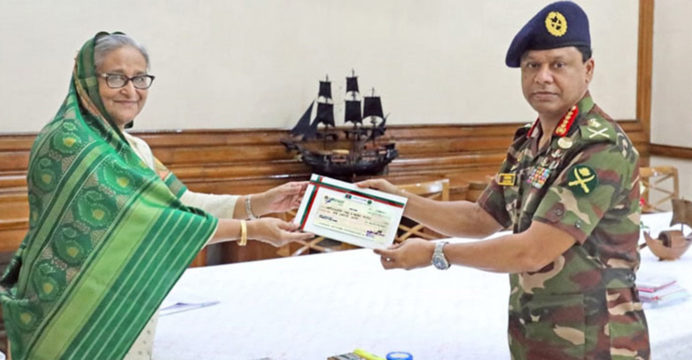 Prime Minister Sheikh Hasina received a check for Taka 10 crore from Chief of Army Staff General S M Shafiuddin Ahmed on behalf of those impacted by the floods in Sylhet and other northeastern districts of the country.

The premier received the check on Wednesday at her official Ganabhaban residence on behalf of the Bangladesh Army, according to a notice from Inter-Services Public Relations (ISPR) issued here today.

The Bangladesh Army’s entire membership has reportedly contributed their whole day’s salary to the Prime Minister’s Relief and Welfare Fund, in addition to playing a direct role in the relief efforts taking place in the devastated districts.