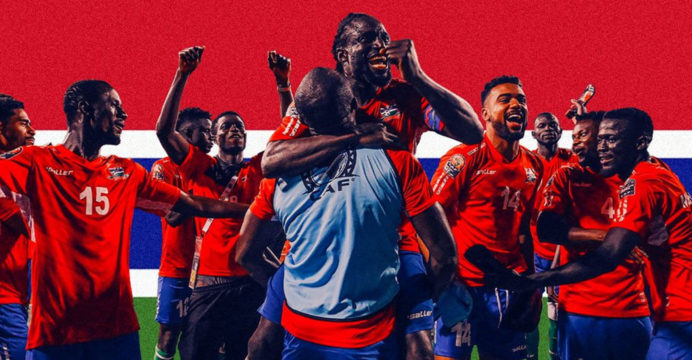 Tom Saintfiet, the Belgian coach who led Gambia to the quarter-finals of the Africa Cup of Nations this year, is determined to escape the disaster that befell Madagascar.

Debutants Madagascar dominated the 2019 Cup of Nations in Egypt, defeating Nigeria in a group match, then eliminating the Democratic Republic of Congo before losing in the quarter-finals to Tunisia.

The Malagasy, however, fell as soon as they soared, failing to qualify for the 2021 Cup of Nations and winning only one of six World Cup qualifiers.

Saintfiet wants Gambia, a small west African country bordered by Senegal, to build on a strong showing in Cameroon, when they beat Tunisia and Guinea before falling to the hosts in the last eight.

“We do not want to be remembered as one-tournament wonders — we want to qualify for the 2023 and 2025 Cup of Nations finals and for the 2026 World Cup,” he told reporters in Gambia.

Gambia play Chad on Thursday, one day after qualifying for the 2023 Cup of Nations in the Ivory Coast kicks off, and the Belgian is worried, even though they are facing rivals ranked 180th in the world.

“Our matches against Chad will be tougher than those against Guinea and Tunisia,” insisted the 48-year-old who has coached national teams in Africa, Europe, Asia and the Caribbean.

“We have a lot to lose while Chad have nothing to lose. They can call on professionals based in France and Belgium and are a good team.”

While Saintfiet is afraid of Chad, it is one of ten African countries (out of 54) that has never qualified for the Africa Cup of Nations.