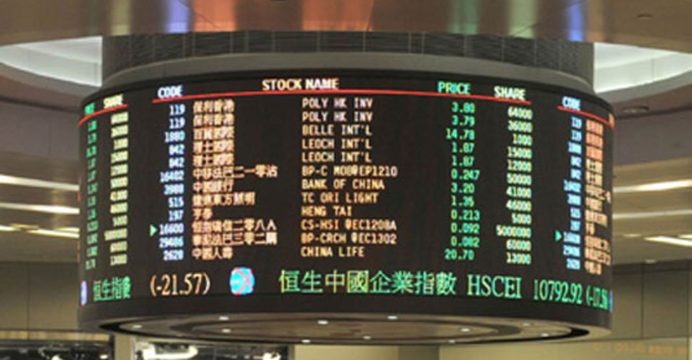 Traders are also fretting over possible sanctions if Beijing reacts to Russia’s plea for military help in its Ukraine invasion, which could lead to measures against Chinese firms including possible sanctions, reports BSS.

The Hang Seng Index dived five percent Monday as the Hang Seng Tech Index was pummelled 11 percent after China said it would lock down Shenzhen to contain a Covid outbreak.

The crisis has further rattled Hong Kong investors who have had to contend with China’s regulatory crackdown on the private sector, with once-flying technology companies often in the crosshairs.

Chinese firms listed in the United States were battered last week owing to concerns about a crackdown by authorities there.

A gauge of Chinese firms listed in New York plunged 11 percent Monday, with ecommerce giants Alibaba and JD.com down around 10 percent.

A “material rerating for China tech may need to see a shift in regulatory tone”, Marvin Chen, a strategist at Bloomberg Intelligence, said, adding that interplay between Moscow and Beijing would be closely followed.