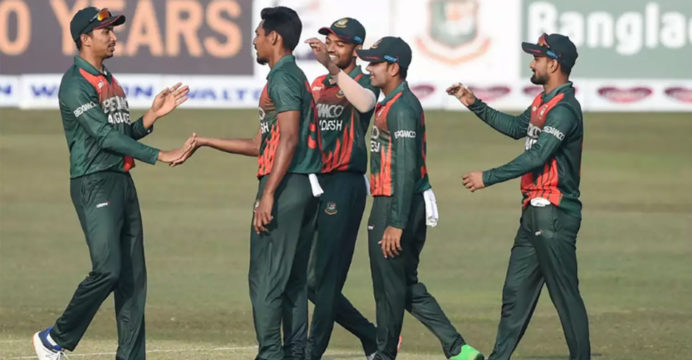 After an 88-run triumph over Afghanistan in the second ODI at Zahur Ahmed Chowdhury Stadium here today, Bangladesh climbed to the top of the ICC ODI Super League.

Bangladesh now has 100 points from 14 matches after today’s victory. Bangladesh’s victory moved England into second place with 95 points from 15 games.

Seven countries would qualify straight for the ICC One-Day International World Cup, which will be staged in India in 2023. India will play directly as the host country, regardless of their standing in the Super League.

The Tigers traveled to Zimbabwe and New Zealand for two series. They were swamped in New Zealand after whitewashing Zimbabwe in a three-match series. They thrashed the West Indies and Sri Lanka 2-1 at home before cruising to a 2-0 victory over Afghanistan.

The result aided Bangladesh in taking a huge step in confirming their place in the 2023 World Cup, ahead of a difficult three-match series in South Africa.

Bangladesh’s chances of winning even a single match in South Africa are slim.