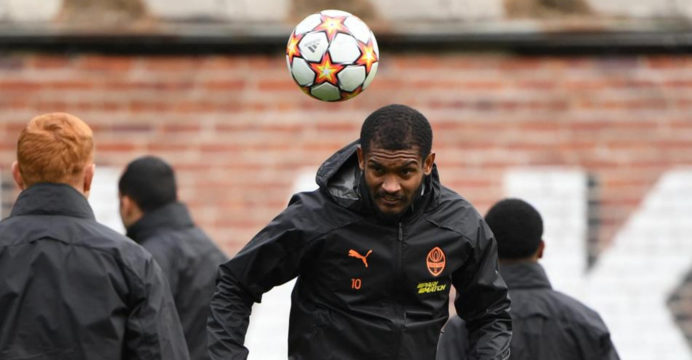 In Ukraine, Brazilian footballers beg for assistance to leave

A group of Brazilian footballers who play in Ukraine begged for help fleeing the country on Thursday, claiming they were stranded at a Kyiv hotel where they sought safety due to Russia’s invasion.

“There’s no fuel, the border is closed, the airspace is closed. There’s no way for us to get out,” said Shakhtar Donetsk centre-back Marlon in the video posted on Instagram.

“We’re here with our families staying in a hotel because of the situation. We’re asking for the Brazilian government to help. That’s why we’re making this video,” added Marlon, one of 13 Brazilians who play for Shakhtar, one of Ukraine’s top clubs.

Around 20 individuals, including the footballers’ families, can be seen sitting and standing in a room at their hotel in the footage.

All of the footballers are Shakhtar and Dynamo Kyiv players.

David Neres, a Brazilian international forward who recently joined Shakhtar from Ajax in the Netherlands, was among the group.

Carlos de Pena, a Dynamo player from Uruguay, was also present.
“We feel abandoned, we don’t know what to do,” said one of the partners, who were seated on a couch with their children, the footballers standing behind them.

“We ran to come here with our children. But we don’t even know if there will be food to eat.”