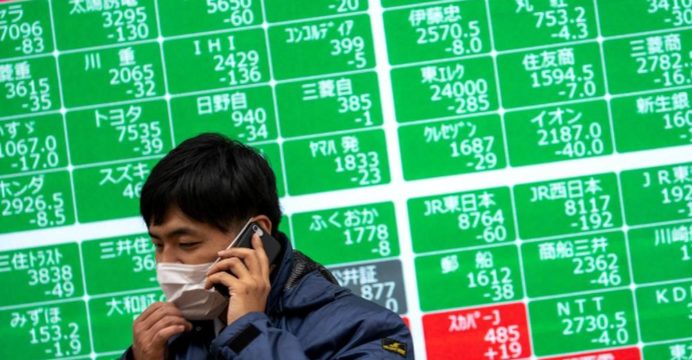 In a move that could set off a potentially catastrophic war with Kyiv, Putin ordered Russia’s military to act as peacekeepers in two breakaway regions of Ukraine, just hours after he recognised them as independent.

Investors in Tokyo were spooked by Putin’s announcement, which defied Western threats of sanctions.

Falls in the Japanese market were due to “intensifying tensions in Ukraine,” Toshiyuki Kanayama, senior market analyst at Monex, said in a note.

US markets had been closed for a holiday on Monday.