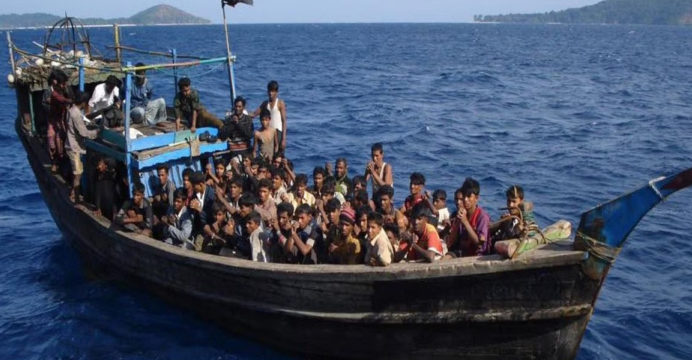 Following pleas from relief organizations, Indonesia’s security ministry announced on Wednesday that a boat carrying Rohingya refugees trapped off its coast will be allowed to dock in the Southeast Asian country.

Despite international requests, local officials in Aceh, a province on the western island of Sumatra, stated on Tuesday that they would offer food, medication, and water to the about 120 passengers on board, but would not allow them to seek sanctuary in Indonesia.

“Today, the Indonesian government decided, in the name of humanity, to give refuge to Rohingya refugees currently afloat on a boat near Biereun district, Aceh,” Armed Wijaya, an official at Indonesia’s chief security ministry, said in a statement.

“The decision was made after considering the emergency conditions the refugees are experiencing onboard the boat,” he said. Its passengers were mostly women and children, he added.

Two fisherman told Reuters on Wednesday that the stranded boat was in danger of sinking within days.