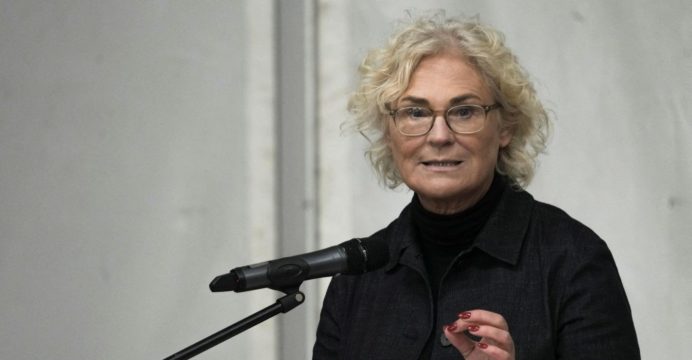 Russia will not ‘dictate’ to NATO, according to Germany’s defense minister.

German Defense Minister Christine Lambrecht said Sunday on a visit to German troops in Lithuania that NATO will discuss Russia’s proposals for the alliance’s military affairs on its eastern border, but it will not permit Moscow to “dictate” its security affairs.

Moscow provided a list of military demands on Friday to the US and its allies.

These demands included withdrawing NATO’s enhanced forward presence battalions from the Baltic states of Estonia, Latvia, and Lithuania which had previously been occupied by Russia in Soviet times, as well as Poland, where Moscow had asserted leverage when Warsaw was a communist satellite state under Soviet tutelage.