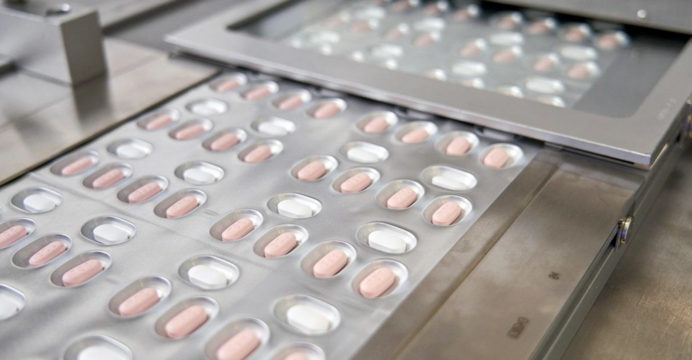 Pfizer said Tuesday that clinical trials confirmed its anti-Covid pill reduced hospitalizations and deaths among at-risk people by almost 90 percent when it was taken in the first few days after symptoms appear.

The results are based on trials of more than 2,200 people and backup findings announced last month from preliminary trials. The drugmaker also said the treatment appears to be effective against the Omicron variant.

“This news provides further corroboration that our oral antiviral candidate if authorized or approved, could have a meaningful impact on the lives of many, Pfizer CEO Albert Bourla said in a statement, saying the new drug, called Paxlovid, could “save lives.”

The trial showed that the pill reduced the need for hospitalization in high-risk adults with Covid-19 by 89 percent if the treatment was given within three days of symptom onset and by 88 percent if given within 5 days, according to the company.

And lab data shows that the pill appears will be also effective in treating people infected with the Omicron variant, according to Pfizer’s statement.

“We are confident that, if authorized or approved, this potential treatment could be a critical tool to help quell the pandemic,” Bourla said.