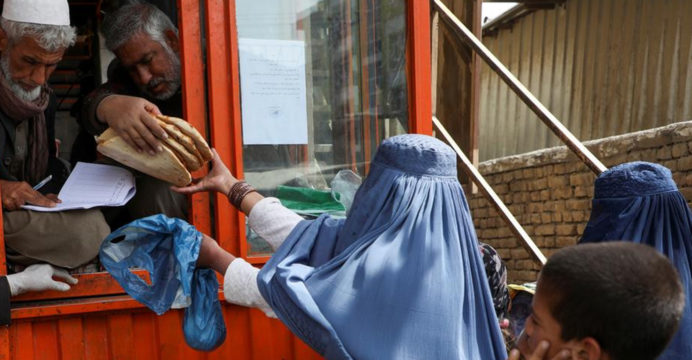 UN warns of a “quickly unraveling disaster” in Afghanistan

As winter approaches in Afghanistan, humanitarian workers are racing against the clock to distribute aid, according to UN authorities. The situation on the ground is already dire, and it “appear[s] to be getting worse.”

UNICEF warned on Tuesday that rising hunger and postponed aid delivery are causing a “quickly unraveling crisis” in Afghanistan.

In an interview with DW, Samantha Mort, the chief of communications for UNICEF Afghanistan, said: “Around half of the country — 23 million people — are in need of relief, so the size is astounding, and it’s a quickly unraveling crisis for all.”

Aid organizations, including UNICEF, are racing against the clock to provide aid before winter sets in.

“UNICEF is sending in aid via chartered flights and the Pakistani border, so we’re getting aid in,” she said, “but it’s getting colder every day.”

“There’s already snow in the mountains, rural regions are being cut off, and it’s a race against time to get those goods pre-positioned before they’re inaccessible,” she stressed.