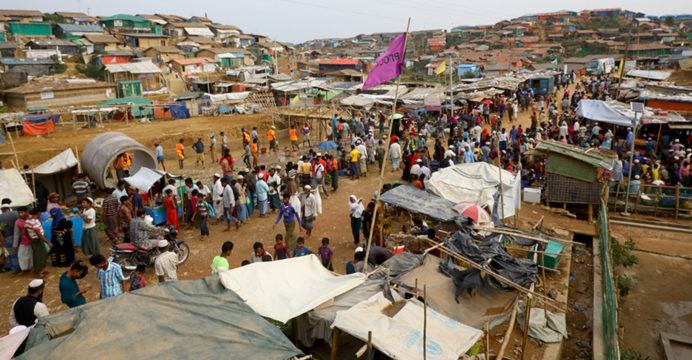 Australia has expressed a strong desire to assist Bangladesh with climate resilience and Rohingya repatriation.

Australia’s curiosity was piqued during Prime Minister Scott Morrison’s bilateral meeting with Bangladeshi counterpart Sheikh Hasina on the sidelines of COP26 on Tuesday.

Ihsanul Karim, the Prime Minister’s Press Secretary, said, “The bilateral meeting was convened at the invitation of the Australian Prime Minister.”

Bangladesh is a climate-vulnerable country, according to Prime Minister Sheikh Hasina, and Australia is also facing catastrophic climatic events such as bushfires, floods, and coral bleaching.

“Both countries can work together to improve resilience against climate change’s effects,” she said.

Sheikh Hasina stated that, despite Bangladesh’s lack of historical responsibility for climate change, the impact of climate change on the country is significant.

“As a result, it is critical for the international community, particularly major carbon-emitting countries, to respond to the needs of developing countries, which are the most vulnerable to climate change, and the developed world must deliver on the $100 billion pledged in climate finance,” she said. 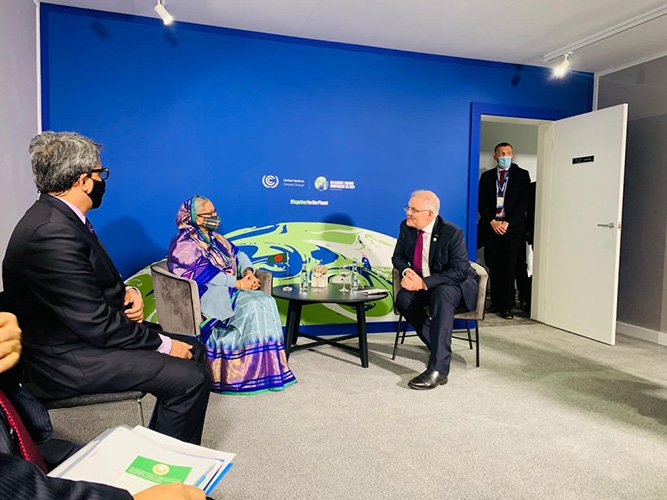 The prime minister emphasized the importance of transferring green and clean technologies from industrialized to developing countries in order to effectively respond to climate change while also strengthening resilience and socio-economic growth in preparation for a post-COVID-19 recovery.

“Australia’s technology-led pollution reduction approach might help many countries if shared,” she noted.

She expressed gratitude to the Australian government for its sustained assistance with the Rohingya crisis.

Sheikh Hasina expressed her dissatisfaction with the lack of progress in the repatriation of Rohingyas to Myanmar since 2017, and encouraged the Australian government to increase international pressure on Myanmar to return the Rohingyas to their motherland.