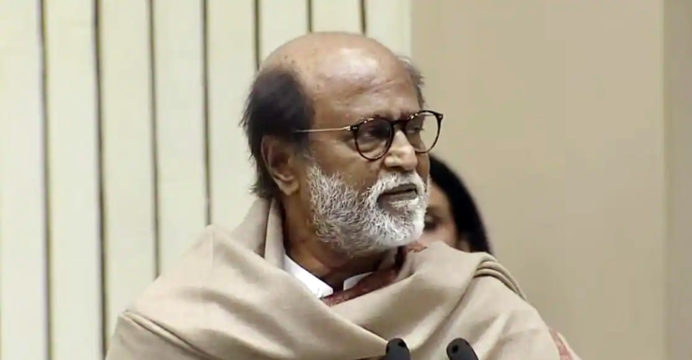 Rajinikanth was admitted to a hospital in Chennai

Rajinikanth, better known as ‘Thalaiva,’ a southern Indian celebrity, has been hospitalized to a private hospital in Chennai. On Thursday evening, October 26th, the actor was admitted to Chennai’s Kabebi Hospital. However, according to the actor’s family, there is no need to be concerned. Hindustan Times news.

The 70-year-old star has been brought to the hospital for normal check-ups, according to family insiders. Thalaiva was in New Delhi, India, last Monday at the Rashtrapati Bhavan’s Science Building. Vice President Benakia Naidu bestowed the title of ‘Dada Saheb’ on him there. In Indian cinema, it is the highest honor.

Riaz K Ahmed, the actor’s spokesman, told PTI that it was only a routine health visit. His physical examinations were performed on a regular basis. That is why he is currently being treated in a private hospital. Rajinikanth had already been hospitalized in December of last year due to high blood pressure.