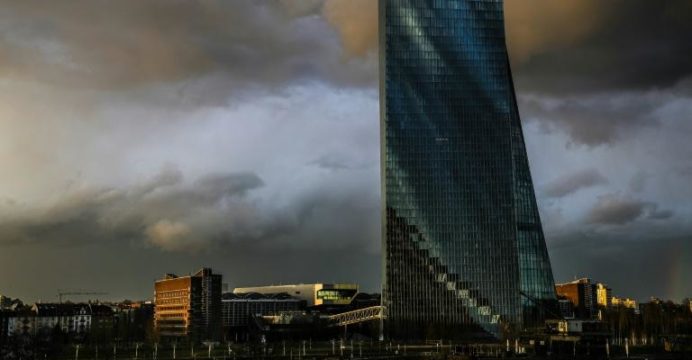 Fears over rising inflation and pressure on central banks to tighten monetary policy sent markets lower in Asian trade on Thursday as investors contemplate the end of the era of cheap cash, while spiking Covid infections act as a reminder that the pandemic is far from over.

Ongoing worries about China’s vast property sector and the future of giant developer Evergrande were also in view ahead of a payment deadline, while uncertainty over Joe Biden’s social spending plan was also keeping a lid on sentiment, reports BSS.

However, a string of healthy corporate earnings has provided a crucial boost to trading floors, helping push markets to multi-year or record highs this week, while Apple and Amazon are due to report later in the day.

Initial optimism that the global economic recovery would bound well into next year has petered out in recent months as dealers assess the impact of soaring inflation, with prices rising at rates not seen for decades in some countries owing to supply chain snarls and rocketing demand.

That has led several central banks to lift interest rates sooner than they had hoped or withdraw their easy money policies to prevent inflation from running out of control.

The Bank of Canada on Wednesday said it would end its vast bond-buying programme and flagged an interest rate hike earlier in 2022 than previously envisaged.

The move comes after finance chiefs in South Korea and New Zealand raised borrowing costs, and as the Bank of England and Reserve Bank of Australia prepare for lift-off.

Meanwhile, the Federal Reserve is expected to start tapering its vast bond-buying programme by the end of the year and hike rates in the middle of 2022.

It is hoped the European Central Bank’s policy meeting later in the day will provide clarity on its own plans.

In Washington, Biden was battling with Democratic leaders to resolve disputes over their giant social spending plan, though some lawmakers warned a deal did not appear to be imminent.

While House Speaker Nancy Pelosi said the spending plan was “closer to passing”, a key centrist senator later dismissed a new tax on billionaires to help pay for the $1.5-$2 trillion package as a non-starter.

Oil prices fell more than two percent to extend Wednesday’s sharp drops following data showing a big gain in US inventories of crude and petrol. The figures eased concerns about a supply crunch and surging demand.

News that Iran and the European Union had agreed to restart talks on Tehran’s nuclear programme added to the selling pressure, raising the prospect of more crude hitting markets if sanctions on the Middle Eastern country are eased.

Both main contracts have fallen around five percent from their multi-year highs touched on Monday.