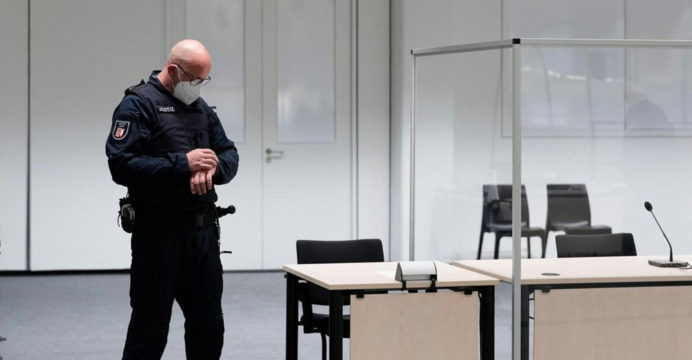 On the first day of her trial, on September 30, the 96-year-old attempted to flee but was apprehended only hours later. She is accused of aiding and abetting the murder of more than 10,000 individuals.

After fleeing before the trial was to begin, a former secretary at a World War II concentration camp went on trial in Germany on Tuesday.

In decades, Irmgard F. is the first woman to stand trial for Nazi war crimes. Between June 1943 and April 1945, she is accused of being involved in the murders of nearly 10,000 individuals.

Her court-appointed lawyer Wolf Molkentin said the defendant, who arrived in a wheelchair, would not answer any questions at this time.