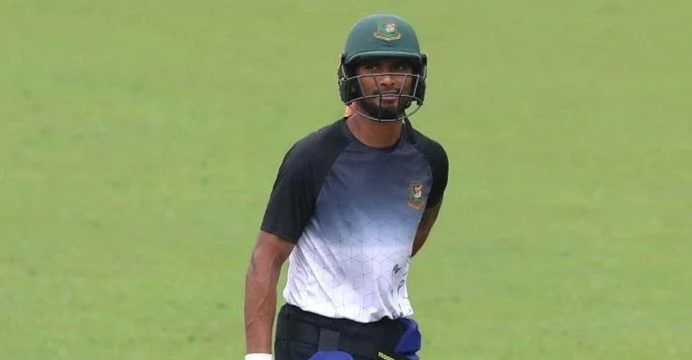 Back pain rules Mahmudullah out of Tigers warm-up game

Mahmudullah Riyad has been ruled out of Bangladesh’s first official practice match against Sri Lanka, which will take place on Tuesday at ADC Oval-2 in Abu Dhabi, United Arab Emirates (UAE).

According to selector Habibul Bashar Sumon, he complained of a back injury. Although the injury is not significant, according to Bashar, Mahmudullah was left out of the game as a precaution, which will assist Bangladesh prepare for the forthcoming Twenty20 World Cup, which will be hosted by the UAE and Oman.

“Mahmudullah Riyad has a minor back injury and will be unable to rest during the competition due to back-to-back matches. As a result, we’re not taking any chances right now “According to Bashar.

“He won’t play in tomorrow’s game; we’ll give him some time. He’s a seasoned player, so he’ll be able to recover and prepare for the competition with a little rest.”

On Thursday, the Tigers will play another official practice game against Ireland.

Bangladesh, who had established a conditioning camp in Oman, had previously played a practice game against the Oman A squad. They scored a whopping 207 runs and eventually won the game by 60 runs.

Captain Mahmudullah Riyad was unable to participate in the practice game due to a back issue.

Mustafizur Rahman, a fast bowler who played in the Indian Premier League for Rajasthan Royals, had already joined the team.

Bangladesh will return to Oman for their Round 1 phase after playing those two practice matches.

On October 17, Mahmudullah and his troops will begin their mission by facing Scotland, followed by hosts Oman on October 19 and Papua New Guinea on October 21. It is believed that they would not play any difficult opponents and will easily qualify for the Super 12s.

The Tigers have only won five of their 25 matches in the World Cup of this shortest form of cricket, all of which occurred in the qualifying phase. In the tournament proper, they only won one match against the West Indies.