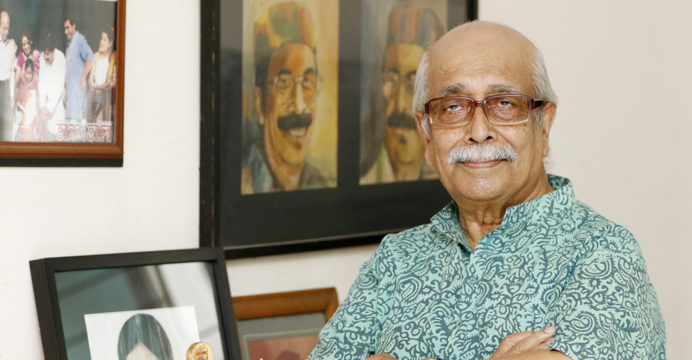 Enamul Haque, an actor, dramatist, and director, died at his Baily Road home in the capital city around 4:00 p.m. today, Monday.

Litu Anam, his son-in-law, verified the news to the media. He left behind his wife and two daughters.

Enamul Haque was born in Matbi, Feni sadar, on May 29, 1943, to Obaidul Haque and Razia Khatun. The theatre is a family affair for Enamul Haque.

His wife, Lucky Enam, is a well-known stage actress. Hridi Haque (married to Litu Anam) and Proyti Haque are their two daughters (married to Saju Khadem).

Father Ganguly directed his debut play, “Bharate Chai.” He was a founding member of the Nagorik Natyasampraday theatre troupe, which was created in 1968. He was also the group’s vice president. Buro Shaliker Gharey Ro, directed by Ataur Rahman, was his first play as a member of this ensemble.

He appeared in many of his group’s plays over the years, including “Dewan Gazir Kissa,” “Nurul Diner Shara Jibon,” and others.

He left this group in 1995 to form Nagorik Natyangan, a new group. He was the group’s president at the time.