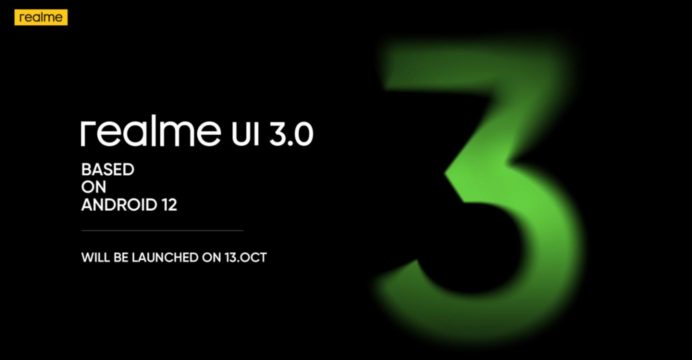 realme becomes the first brand to update GT to Android 12

realme is going to be one of the first brands to provide the opportunity to its users to update their smartphone to Android 12 operating system.

Meanwhile, realme UI 3.0 based on Android 12 will also be released globally on October 13. Just like its previous version, realme UI 3.0 will offer seamless fun to the young users with the help of improved functionality, fluency, customizability, security and privacy. The entire UI will be refreshed and the experience will be much more comforting and enjoyable compared to realme UI 2.0. Because of providing the youth with a smooth and fun system experience, the users of realme UI is increasing meteorically. At present, realme UI has exceeded 100 million users worldwide.

realme is developing a diverse portfolio of 5G products with an aim to offer 100 million 5G phones in the next three years to the young users. Besides affordable 5G phones, realme will also bring more AIoT products to young consumers as realme has entered AIoT 2.0 development phase with its advanced ‘1+5+T’ strategy. According to Canalys, realme also became the top 1 smartphone maker in Bangladesh during Q2, 2021.