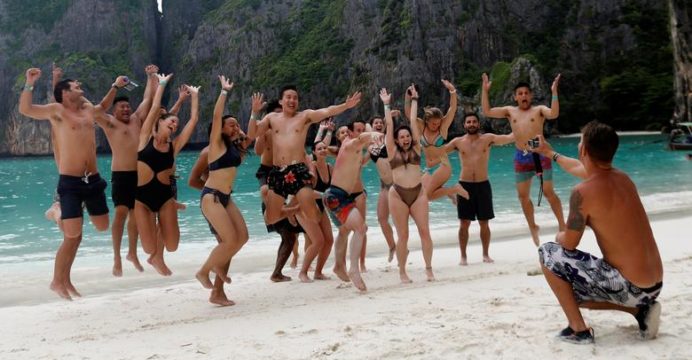 Thailand has announced a plan to waiver mandatory quarantine requirement for fully-vaccinated visitors arriving from November in the capital Bangkok and certain tourism hotspots in nine other regions, amid efforts to revive the ailing tourism sector and economic growth.

The Southeast Asian country planned to reopen Bangkok and some tourist destinations such as Krabi, Hua Hin, Pattaya and Koh Phayam, following the reopening of Phuket and Samui islands in pilot schemes since July, according to the Center for COVID-19 Situation Administration (CCSA), the country’s COVID-19 task force, reports BSS.

Nationwide, the CCSA planned to halve the mandatory quarantine period for fully-vaccinated visitors arriving from Friday to seven days, and reduce it to 10 days for those that have not finished vaccination.

The CCSA also decided to further ease restrictions from Friday in 29 regions under maximum control, including Bangkok, to allow more businesses and venues such as spas, cinemas, libraries and indoor sports venues to reopen with certain requirements, and shortened the night-time curfews by one hour.

These measures came as the government strove to revive the country’s pandemic-battered economy. The tourism sector, which accounted for about one- fifth of the country’s GDP growth before the pandemic, has been hit hard after more than one year of border control.

Thailand reported 11,754 new COVID-19 cases on Friday, rebounding for three consecutive days after falling to a two-month low on Tuesday, and 123 more deaths, according to the CCSA.

The country is accelerating vaccine rollout to gear up for the broader reopening. It has administered about 53.7 million doses of vaccines, with more than 28 percent of its nearly 70 million population having been fully vaccinated.

Bangkok and 10 other provinces have vaccinated more than 50 percent of their residents, according to data from the Department of Disease Control.

The Bangkok Metropolitan Administration vowed to reopen the city to fully- vaccinated travellers after 70 percent of its residents being vaccinated.