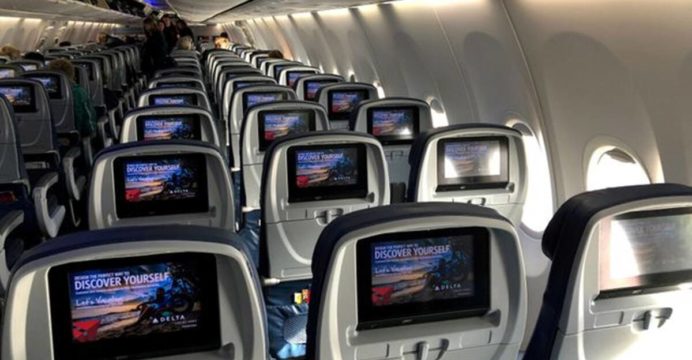 The White House is pressing major US airlines to mandate COVID-19 vaccines for employees by Dec. 8

The White House is pressing major U.S. airlines to mandate COVID-19 vaccines for employees by Dec. 8 – the deadline for federal contractors to do so – and is showing no signs of pushing back the date, four sources told Reuters on Friday.

White House COVID-19 response coordinator Jeffrey Zients spoke to the chief executives of American Airlines, Delta Air Lines and Southwest Airlines on Thursday to ensure they were working expeditiously to develop and enforce vaccine requirements ahead of that deadline, the sources said, speaking on condition of anonymity, reports Reuters.

American Airlines on Friday evening said more than 100,000 U.S.-based employees will need to get vaccinated, but did not specify a compliance date. It added that employees will be able to seek religious or health exemptions to vaccination.

“While we are still working through the details of the federal requirements, it is clear that team members who choose to remain unvaccinated will not be able to work at American Airlines,” Chief Executive Doug Parker and President Robert Isom said in a memo. “We realize this federal mandate may be difficult, but it is what is required of our company, and we will comply.”

Some airline officials had asked the White House to push back the requirements, signed by Biden last month, until after the busy holiday travel season.

Zients urged the airlines “to act sooner than later to ensure as smooth of an implementation process as possible,” one source said, and made clear the White House does not intend to relax the deadline. Zients also urged them to look at the United Airlines (UAL.O) vaccine requirement that was announced in August.

The three airlines separately confirmed the calls took place but declined to discuss the specifics. Zients did not respond to a request for comment on the calls, first reported by Reuters.

“Employers should act now to protect their workforce,” Zients told a press briefing on Friday, without directly discussing airlines. “More and more companies are stepping up to make vaccine requirements the standard across all sectors.”

The Civil Reserve Air Fleet is among the federal contracts for major U.S. carriers. The reserve fleet was activated in August in support of the Pentagon, as airlines helped ferry people who have been evacuated from Afghanistan.

Biden’s administration notified carriers on Thursday it will seek a modification of CRAF contracts to require vaccinations of airline employees, sources told Reuters. Other government agencies are also expected to seek amendments to contracts with airlines.