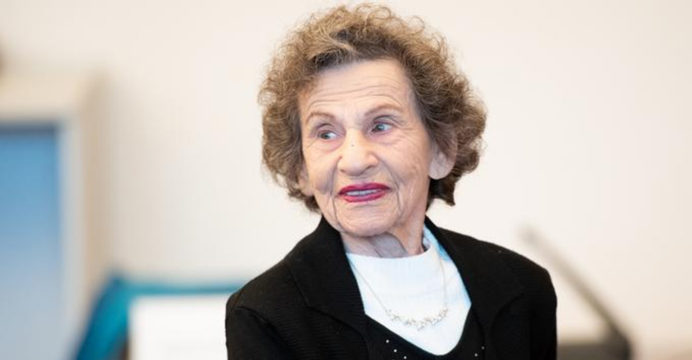 A former secretary at a Nazi death camp, now 96, faces a German court on Thursday charged with participation in the murders of 10,000 people — the first such prosecution in recent years against a woman.

Irmgard Furchner was a teenager when she worked in the camp director’s office at Stutthof in occupied Poland, near the city of Danzig, known today as Gdansk.

Furchner “supported those responsible at the camp in the systematic slaughter of Jewish detainees, Polish partisans and Soviet Russian prisoners of war in her job as a stenographer and secretary to the camp commander” between June 1943 and April 1945, according to prosecutors.

A minor at the time of the alleged crimes, she is charged with “aiding and abetting murder in more than 10,000 incidents” as well as involvement in attempted murder, claimed prosecutors from the northern city of Itzehoe.

Despite her age, the defendant, who lives in a care facility in Hamburg, was pronounced fit to face trial but has yet to speak herself on the claims.

The proceedings will commence one day before the 75th anniversary of the end of the Nuremberg trials, in which important members of the Nazi leadership, including Hermann Goering, were called to account for their involvement in the regime.

But time is running out for prosecutors hoping to charge former members of the SS, the Nazi paramilitary squad that ordered mass murders, and their officials, as the war-time generation vanishes.

A week following the commencement of the hearings in Itzehoe, the trial of a hundred-year-old former camp guard accused of being an accessory in the murder of over 3,500 people will begin in Neuruppin in the eastern state of Brandenburg.

Prosecutors are handling a further nine instances, while the organization responsible for investigating Nazi crimes looks into seven others.